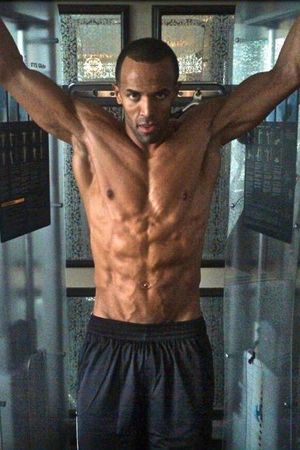 R&B singer Craig David is opening up about rumors that he’s gay.

His sexuality has been consistently speculated upon over the years, particularly since he’s apparently been single throughout the many years of his career.

Talking to The Sun, he says he doesn’t think he should have to clarify anything, and thinks it’s obnoxious that we’re all so obsessed with whether or not he’s gay.

“I leave it very open because at the end of the day it’s one of those things where I shouldn’t have to reinforce and state, ‘No, I’m a heterosexual’ — because that’s all nonsense.

I think it’s very evident in the way my songs are and how I speak about relationships so I wouldn’t even go into it. It’s like if that’s what you feel it’s what you feel.”

David says he plans to have a family in the near future:

“I’d love to have kids. I think I’d be a very good dad and I think I’d have a lot of wisdom to share.”

Previously, he’s lashed out at celebs who get ruffled by gay rumors: “I sort of find it weird when people get very ‘No! I’m not gay!’ I mean, are you homophobic in some way?”