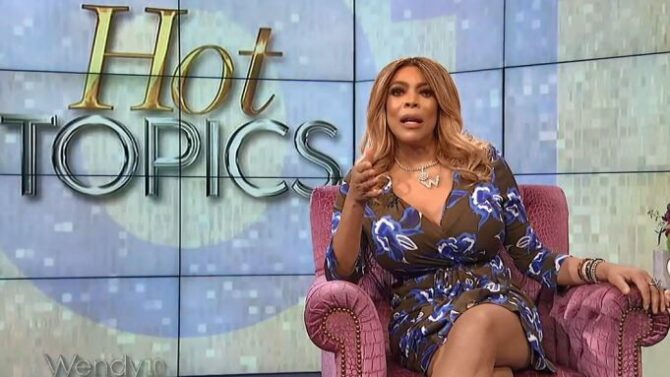 We need to talk about Wendy Williams.

The talk show host has lost access to all her money and can’t pay her bills, court documents reveal. The news comes just one week after Williams’ filed a lawsuit against Wells Fargo.

Radar Online reports that Williams no longer has control over her own assets as part of an ongoing dispute with her former financial advisor, Lori Schiller.

Schiller previously told Wells Fargo that Williams wasn’t of sound mind and shouldn’t have access to her own accounts.

Related: That time André Leon Talley put Wendy Williams in her place for asking about his sexuality on live TV

Court documents reveal that Wells Fargo “denied [Wendy] any access, whether online or otherwise, to her financial accounts, assets, and statements based on the advisement” of Ms. Schiller.

“[Wells Fargo] is going beyond the scope of the authority granted by the provision because [Williams] is completely denying Petitioner the ability to access or even view, whether online or otherwise, her financial assets and statements, which [Wells Fargo] has requested for the purpose of ascertaining the current standing of her accounts and which is not a “transaction” as contemplated under the Agreements,” the filings read.

Williams now claims she can’t pay any of her bills. This bizarre turn of events follows her disappearance from public life last year.

Though The Wendy Williams Show remains in production, a series of guest hosts have filled in for Williams’ absence while she has reportedly checked into a Florida health facility amid rumors that she’s suffering from dementia.

Producers say Williams will not return to her role until at least March and have left open the possibility of permanently replacing her.

“She’s not always functioning like she used to be,” a source tells Radar Online. The same source claimed Williams “has days where she needs help eating, getting out of bed and getting dressed.”

Amid the new lawsuit and ongoing rumors surrounding Williams’ health, her fans have taken to Twitter to show their support…

Where is #Wendy!? We demand answers! Why is she being denied her own funds @WellsFargo ?#WendyWilliams

life could be worse no not really this is the worst wendy williams pic.twitter.com/xjG9aW4R4q

The Wendy Williams situation is interesting. If banks can do that, why dont they do that for people with gambling addictions? Feels like her money is so massive that her advisor cant afford for her to change banks

damn… wendy williams is literally dying infront of us & y’all clowning her swollen ankles and eyes. then when the news comes out that she passed y’all gon be crying like “not auntie wendy”. and try to turn it into a conspiracy.

Wendy Williams really looked at this picture and said Beyoncé (who had a toned ab all those years) was pushing her stomach out to fake her pregnancy.

And this is why she will keep going senile each day. https://t.co/yGe9Gf6jzg