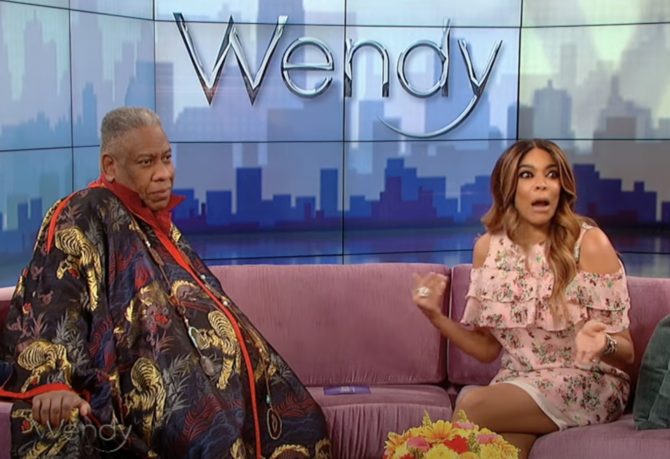 Beloved fashion icon André Leon Talley passed away yesterday at the age of 73. News of his death was posted to his official Instagram account, though the cause of death has not been revealed. RIP.

In 2018, Talley appeared on The Wendy Williams Show to promote his bio-doc, The Gospel According to André. When he arrived at the studio for the live taping, he and Williams were friends. But their relationship fell apart shortly after the cameras stopped rolling.

During the interview, Williams asked Talley point blank whether he identifies as heterosexual. Not only was it a rude and invasive question, but Williams presumably already knew the answer, since they had known each other personally for years.

Later in the interview, Williams brought up Talley’s “house boy,” who the fashion icon quickly clarified was his gardener, only for Williams to repeat the word “house boy” a little later on. She also accused him of “sleeping around” with “quite a few designers”, which he emphatically denied.

Not long after his appearance on the show, Talley and Williams had some sort of falling out, though it’s unclear what the catalyst for the fracture was. (We have a pretty good guess!) Then in 2020, he called her “spineless” in an interview with Vulture, adding, “She no longer exists for me as a friend. She tears down people to build herself up.”

Re-live the moment beginning at the 5:30 mark in the video below…