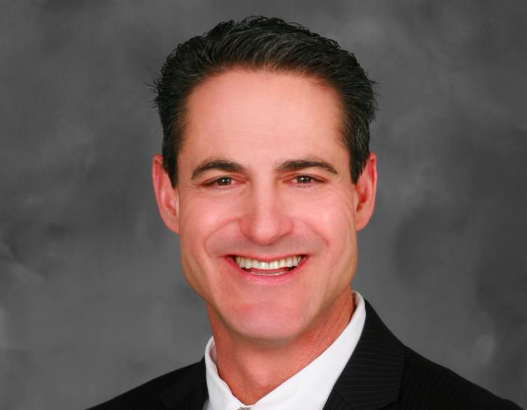 Todd Spitzer is the Orange County District Attorney. Last September, he penned an op-ed declaring that hate had “no place” in Orange County, California. Then, three months later, his office tried turning an innocent gay man into a lifelong sex offender after he was targeted by police during a homophobic sting operation.

It all started in January 2017. Tri Phan, who until then had no criminal record, stopped into Romantix, an adult bookstore in Garden Grove, California. He went into the bookstore’s private arcade area, a popular cruising spot for men, where he met Detective Erick Leyva, an undercover decoy leading a lewd conduct sting operation.

You can guess what happened next.

Phan was arrested, taken away in handcuffs, and thrown into a jail cell. He was charged with lewd conduct.

“This is a bag-a-fag arrest,” one of Phan’s attorneys, Stephanie Loftin, tells Q Voice News. “The Garden Grove police need to stop filing these arrests. There isn’t a good undercover decoy arrest for lewd conduct. They’re all false arrests.”

In addition to lewd conduct, Spitzer slapped Phan with an additional indecent exposure charge. If found guilty, he would be branded a sex offender for life.

Phan’s trial kicked off in December 2019. During his testimony, Phan finally had an opportunity to explain his side of the story.

Detective Leyva was hanging out in one of the booths. He made eye contact with Phan several times and eventually enticed him to come over. With his own hand on his crotch, Leyva encouraged Phan to show him his penis.

Prosector Adam Zamora, who was assigned to the case by Spitzer’s office, argued that it was in the public’s best interest to make Phan a lifelong sex offender. When asked by reporters outside the courthouse why the DA felt this way, Zamora wouldn’t say.

“To hit a person with a lifetime registration as a sex offender for something as innocuous as showing his equipment to another man when he got signals from the decoy that he was interested is horrendously vicious,” Phan’s attorney Bruce Nickerson argued.

According to the state Supreme Court, if the conduct takes place in a public place, and the defendant has a reasonable belief that nobody would be offended, it’s not lewd conduct, and the state has no interest in prosecuting the case.

In other words, it’s not illegal. That’s been the law for more than 40 years, since 1979, when the California Supreme Court made its ruling in the case  Pryor vs. Municipal Court.

Phan’s trial lasted five days and ultimately resulted in the 12-person jury finding him not guilty of any of the charges.

Loftin tells Q Voice News he hopes the Garden Grove Police Department gets “the message from this jury and stops making these arrests. I hope this verdict shows them the error in their ways.”

When asked why his office prosecuted a gay as a sex offender in a lewd conduct case manufactured by police, Spitzer declined to comment. But his spokesperson, Kimberley Edds, said “the defendant’s sexual orientation and lifestyle choices had no impact on the filing decision of the prosecution of this case.”

Ironically, Spitzer himself is no stranger to sex scandals. In 2017, taxpayers forked over $150,000 for him to pay for a settlement with ex Playboy Playmate Christine Richters, who accused the him of harassment.

Spitzer’s most recent rating with Equality California is a 10 out of a possible 100.