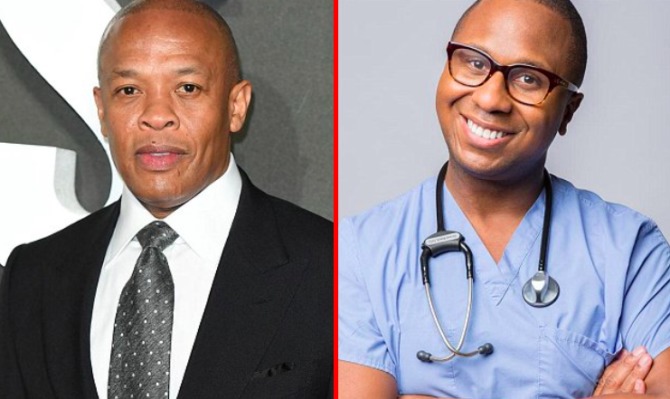 Hip-hop star Dr. Dre just lost a dispute against a male gynecologist who was trying to get the name Dr. Drai trademarked.

Dr. Dre (whose real name is Andre Young) filed a formal complaint against Draion M. Burch, a Pennsylvania-based gynecologist, way back in 2015. He claimed that the doctor’s “Dr. Drai” nickname would confuse consumers, as Burch planned to bolster his business by selling audiobooks and offer web seminars using the byname.

Well, this week, nearly three years later, The US Patent and Trademark Office ruled to dismiss the case after Young failed to prove how a customer might confuse a hip hop artist named “Dr. Dre” with an OBGYN named “Dr. Drai.”

During the court hearing, Burch testified that he had no interest in trading on Dre’s name and reputation, saying it would be “a bad reflection on me as a doctor,” specially because of Dr. Dre’s homophobic and misogynistic lyrics.

Related: Rapper Taylor Bennett likes guys and girls and he just recorded a whole album about it

In 2015, data analysts at the blog Rapalytics analyzed more than 1,000 albums and 150 rappers for their lyrics and found that Dr. Dre ranked #1 for being the “most profane”, using more swear words, homophobic slurs, and sexual references than any other rapper.

“I was just appalled how someone would think that I wanted to be them,” Burch said in court this week, before adding, “I actually went to medical school.”

The OBGYN went on to say it’s highly unlikely his moniker would confuse anyone given that “Dr. Dre is not a medical doctor, nor is he qualified to provide any type of medical services or sell products specifically in the medical or healthcare industry.”

Dr. Dre has not issued a comment on the ruling.

Related: Rapper handles his homophobic past like a real man

Subscribe to Queerty for a daily dose of #entertainment #dr.drai #dr.dre stories and more