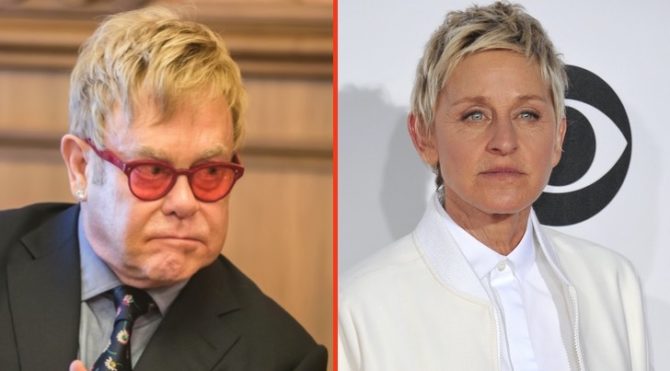 Ellen Degeneres has revealed the not-so-pleasant response she got from Elton John after she bravely burst out of the closet in 1997 via her ABC sitcom, Ellen.

What’s more, she had never even met Elton.

That didn’t stop him from weighing in.

“Even Elton John said, ‘Shut up already. We know you’re gay. Be funny.’

“I had never met him and I thought, ‘What kind of support is that from a gay person?'”

The response from the music icon stung, only adding to the difficulty she faced with depression in the aftermath of her big decision to speak her truth.

“Everybody assumed I was just nonstop talking about. It hurt my feelings,” she said.

“People were making fun of me. I was really depressed.”

And depression wasn’t her only struggle after the episode aired.

“And because of that and because the show was canceled, I was looked at as a failure in this business.

“No one would touch me. I had no agent, I had no possibility of a job, I had nothing.”

Listen to the full interview below: