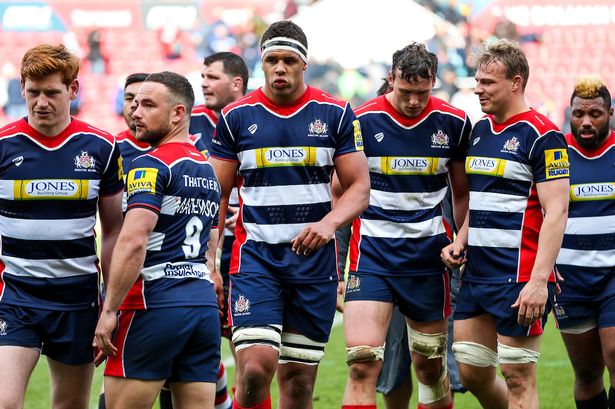 A rugby team from Bristol, England is being ridiculed for changing its name.

Bristol Rugby recently decided to rebrand their image by changing the name of their team to the “Bristol Bears.”

Apparently fans are freaking out because the “Bristol Bears” is also the name of a popular gay bar and social club in the city’s gayborhood. It hosts an annual summer fiesta, takes part in Pride events, and owns the internet domain for the name.

Related: Rugby team cordially invites you into the locker room to ogle their undressed adventures

“We could end up being a laughing stock,” a fan of the rugby team tells local media.

“I didn’t think my club could be so stupid!” another adds.

Folks on Twitter are equally confused, amused, and/or upset…

Is this Bristol Bears thing a joke? #BathRomans

@Bristol_RFC you do realise you are going to get a lot of confused fans when they google Bristol bears yeah?

A spokeswoman from Bristol Sport, which runs the club, claims the organization was “aware of the Bristol Bear Bar from the beginning of the rebrand process.” Although, we think it’s safe to say they didn’t expect such an extreme reaction from fans over the new name.

Related: Rugby star addresses explicit photos of him with his brother: “We are very close”