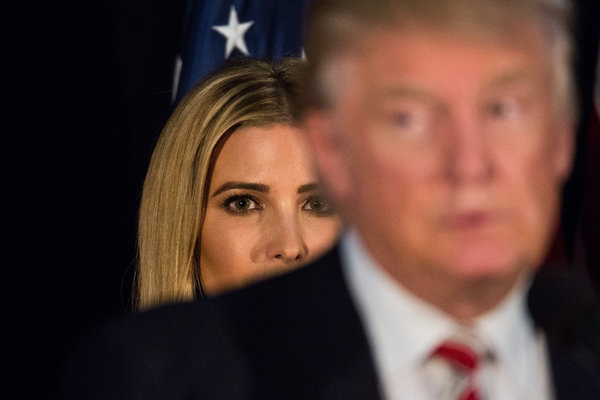 Fiona Hill has seen some things.

In her new book There Is Nothing for You Here: Finding Opportunity in the Twenty-First Century, Trump’s former national security official and Russia advisor writes at length about what it was like being a woman working in the Trump White House.

More specifically, she writes about what it was like to be woman working alongside Ivanka in the Trump White House. (Spoiler: It was uncomfortable, awkward, demoralizing, and a little bit, well, creepy.)

“There are people like Kellyanne Conway and others who had a big influence on [Donald Trump], because obviously they ran his campaign and he admired her,” Hill tells The Independent in an interview.

In her book, Hill writes about the day she first met Ivanka. She made the mistake of wearing basic black shoes instead of designer high heels. When the former first daughter sat down beside her, she immediately took notice and had a visceral reaction.

“[She] wafted into the room wearing an elaborately lacy two-piece white outfit and alarmingly high stiletto heels as if she were off to a gala. Ivanka sat down right beside me, immediately taking in my black sneakers, which I had failed to conceal under the chair, and flashing me a look of surprise. I was busted.”

Hill also says it become abundantly clear very early on that Donald Trump had an unhealthy obsession with his his eldest daughter.

“It’s very evident that he just dismissed women in particular. And in my experience, I mean, he looked at most women as secretaries, members of the staff,” she says. “I think he basically associated women generally with weakness. He was then somewhat repelled by them.”

Hill also says that she was regularly subjected to sexist and misogynistic remarks from her male counterparts, who called her “the Russia bitch” and “darlin’.” She also reiterates what many others have said in that past: That Donald Trump is a threat to national security.

“We all have something on Trump at this point,” she says. “I mean, everyone’s been obsessed with the so-called pee tape, but we have the Access Hollywood tapes. I mean, we know that the man has done some pretty dreadful things, so I mean, in many respects, he’s a counterintelligence risk and open to blackmail from all kinds of people, right?”

As she writes in her book: “The president’s vanity and fragile self-esteem were a point of acute vulnerability.”