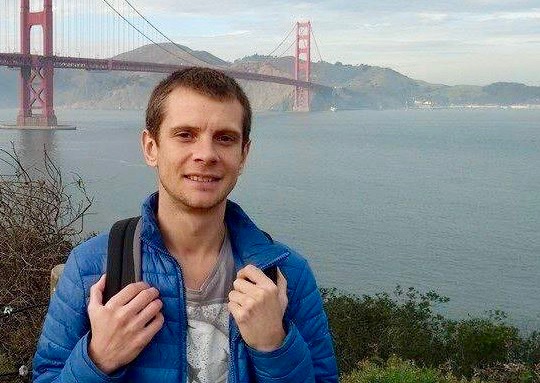 A gay, HIV-positive man has been sitting inside an ICE detention center for over a month, despite having filed for political asylum.

30-year-old Denis Davydov arrived in the United States from Russia legally in 2014. He overstayed his six-month tourist visa but applied for political asylum within the one-year deadline, citing the the peril LGBTQ people currently face in his homeland.

“He was awaiting his asylum interview, had a valid employment authorization and A-number, and had no criminal record,” Sergey Piskunov, who works with RUSA LGBT, a group for Russian-speaking members of the LGBTQ community, says.

Last month, Davydov was arrested by U.S. Customs and Border Protection in Miami on his way back from a trip to the U.S. Virgin Islands. Since then, he has been kept at the Krome Detention Center. He is the first known HIV-positive gay asylum-seeker being detained under the Trump Administration’s Draconian immigration policies.

“He’s a gay man and HIV-positive,” Piskunov says. “Russia is not the best place for either of those and he’s a combination of both.”

Piskunov says Davydov has been receiving his HIV medications in detention, but he has not been given access to a doctor.

“This is one of the reasons we really want to get him out of there,” Piskunov urges, adding that Davydov has “developed a fungal infection (possibly thrush) and has not been able to receive medication for it.”

He also faces harassment and homophobic slurs from other detainees.

A Facebook page has been launched, providing regular updates on his condition and details on his bond hearing, which is scheduled for May 8.