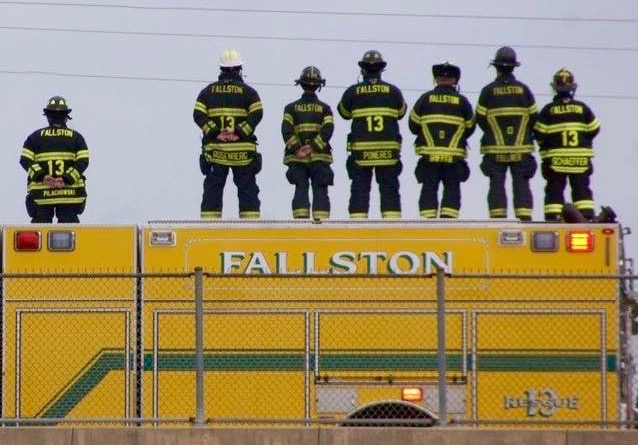 Four volunteer firefighters from Baltimore County have been suspended after being accused harassing and sexually assaulting another male recruit.

21-year-old Joshua Burkins and his brother, 20-year-old Andrew Burkins, along with 20-year-old John Hefner and 19-year old Colby Ogrysko all work with the Fallston Volunteer Fire Company in Maryland.

They were placed on leave this week after being charged in connection to homophobic abuse and sexual assault they allegedly directed at a 17-year-old recruit.

The victim, whose name has not been released, claims three of the men pinned him down in his bunk late one night and attempted to rape him with not one but two wooden door wedges whilst shouting antigay slurs.

After the assault, the victim continued working alongside his alleged attackers. He didn’t report the abuse to the sheriff’s department until he says Joshua Burkins called him from the firehouse one day and shouted homophobic remarks at him over the phone.

To complicate matters, Baltimore County Fire Captain, Angela Hughes, is the mother of two of the accused assailants, Joshua and Andrew Burkins. Additionally, the men’s father, step-father, and uncle are also high-ranking officials within the country’s fire operations. They represent generations of service.

Rich Gardiner of the Harford County Volunteer Fire & EMS Association worries the case is going to make recruiting volunteer firefighters even tougher than it already is.

“It’s a concern,” he says, “but when you look at the general recruitment efforts across the country and Maryland and just in Harford County, it’s a constant struggle.”