Fox News is known the world over for its painstaking adherence to facts.

So it will come as a great shock that a misprint about drag super-mama RuPaul is still up on their site a full day after it was published.

The report is about Nancy Pelosi, Minority Leader of the United States House of Representatives, appearing as a guest judge on the upcoming season of RuPaul’s Drag Race All-Stars.

In it, Entertainment reporter Tyler McCarthy attempts to reference the show’s titular host by his last name. He does not succeed at this.

“Pelosi,” he explains, “will be on the runway to judge Paul’s collection of drag queens for an episode of the series’ upcoming return.”

And just in case anyone thought it was a typo, McCarthy repeats the false name, somewhat hilariously in an attempt to initiate the Fox News audience on what the show is all about:

“For those unfamiliar with the show, it takes various drag queens and assigns them various challenges each episode that Paul and other judges then use to decide who wins.”

We can also overlook the fact that he uses “various” twice in the same sentence (we’re not monsters), but a simple Wikipedia skim will confirm what we already know: RuPaul was born RuPaul Andre Charles.

And if Fox wanted to dive even deeper, they could scroll down a bit to discover that “He was named by his mother, Ernestine ‘Toni’ Charles, a Louisiana native; the ‘Ru’ came from roux, which is the term for the base of gumbo and other creole stews and soups.”

Here’s how it looks, in case they ever care to fix the mistake: 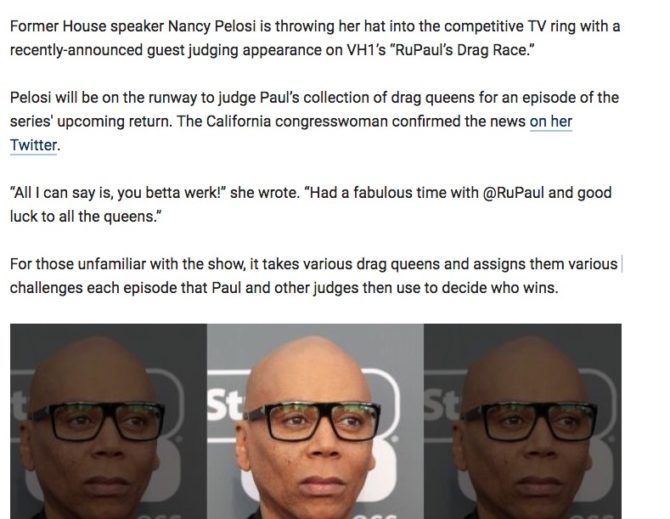