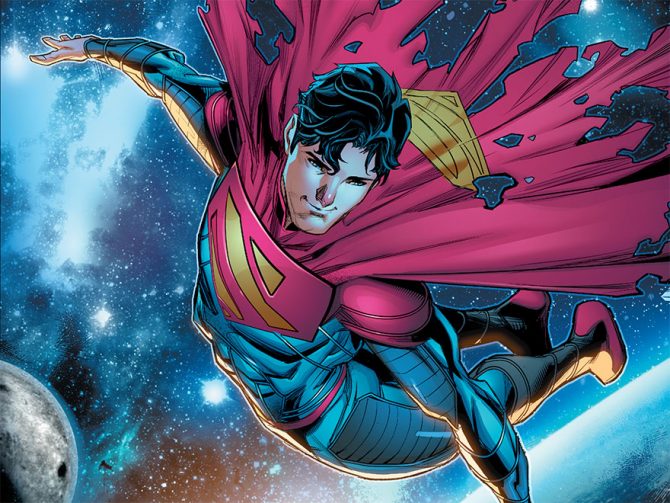 Defying the predictions of homophobes, DC Comics has announced that sales for Superman: Son of Kal-El #5  in which the title character comes out as bisexual have actually exceeded orders for the title’s inaugural issue–an event virtually unheard of in the comic industry.

The new issue hits newsstands on November 16, and due to unprecedented presales of the issue, DC has further announced it will reprint issues #1-4 of the title, allowing readers to immediately catch up on the storyline.

Tom Taylor, the writer of Superman: Son of Kal-El, took to Twitter to spread the joy.

How it started // How it's going pic.twitter.com/0yHHWSDiRn

“Due to demand, every single issue of our #Superman Son of Kal-El is being reprinted, and @DCComics have reported unprecedented orders for issue #5,” Taylor tweeted. He also included screenshots of homophobic tweets from readers predicting that a bisexual Superman would actually cause immediate cancellation of the title.

“Superman’s symbol has always stood for hope, for truth and for justice,” Taylor wrote of the original announcement. “Today, that symbol represents something more. Today, more people can see themselves in the most powerful superhero in comics.”

The announcement that Superman/Jon Kent–the son of Clark Kent/Superman and Lois Lane–would come out as bisexual and begin dating a man received wide reporting in the media…and a bit of predictable backlash. Notably, former Lois & Clark Superman actor Dean Cain slammed the move as a publicity stunt.