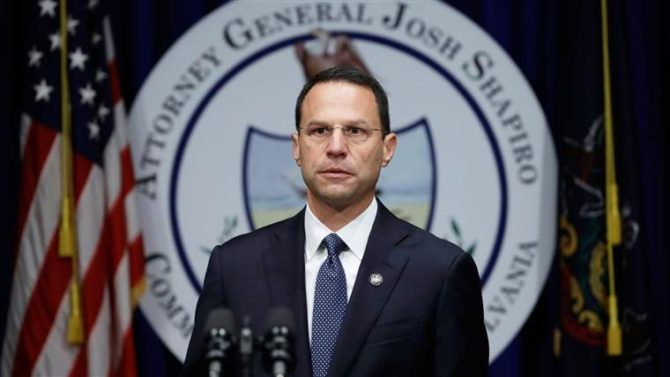 After a years-long investigation, the state grand jury report of sexual abuse that happened within six Pennsylvania dioceses over the course of several decades has finally been made public.

The nearly 900-page court document, which took two years to compile, spans the course of seventy years and involves over 300 priests accused of sexually assaulting countless victims, many of whom were young boys.

“Today, the most comprehensive report on child sexual abuse within the church ever produced in our country was released,” Attorney General Josh Shapiro said during a press conference this week. “Pennsylvanians can finally learn the extent of sexual abuse in these dioceses.”

According to the document, a total of 301 priests, clergy, and lay teachers, including 99 in Pittsburgh alone. Of those 99, a gang of four priests specifically worked together to groom and sexually assault dozens of little boys.

Shapiro explained that when the priests found a boy they liked, they would “mark” him by giving him gifts.

“To make it easier to target their victims, the priests gave their favored boys gifts–gold crosses to wear as necklaces,” Shapiro said. “The crosses were markings of which boys had been groomed for abuse.”

After earning a victim’s trust, they would lure him back into the church then force him to perform sex acts, which they would record.

“One boy was forced to stand on a bed in a rectory, strip naked, and pose as Christ on the cross for the priests,” Shapiro said.

“They took photos of their victim, adding them to a collection of child pornography which they produced and shared on church grounds.”

To make matters even worse, church officials knew exactly what was going on and did nothing to stop it.

All victims were brushed aside, in every part of the state, by church leaders who preferred to protect the abusers and their institution above all. The main thing was not to help children, but to avoid scandal.

Priests were raping little boys and girls and the men of God who were responsible for them not only did nothing: they hid it all.

Diocesan administrators, including the Bishops, had knowledge of this conduct and yet priests were regularly placed in ministry after the Diocese was on notice that a complaint of child sexual abuse had been made. This conduct enabled offenders and endangered the welfare of children.

Shapiro described a “systematic cover up by church leaders” that included bullying victims into not reporting the abuse to police and pressuring law enforcement to turn a blind eye.

“Above all else, they protected their institution at all cost,” Shapiro said.

Related: Why homophobic Republicans are so prone to gay sex scandals, according to one psychologist