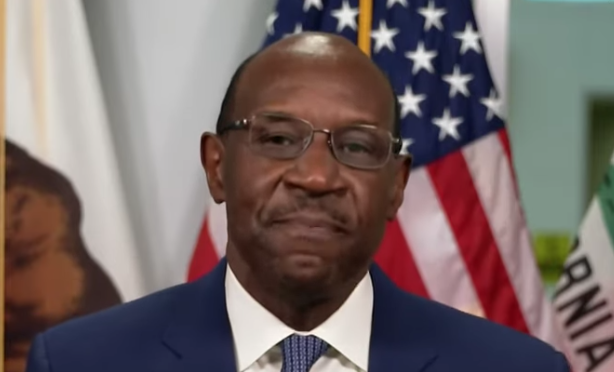 California is a long way from Washington, D.C.

While tensions build over Trump’s Supreme Court nominee, California Governor Gavin Newsom made history Monday when he announced the nomination of Martin J. Jenkins for Associate Justice of the California Supreme Court.

If confirmed, Jenkins, 66, would become the first openly gay man and third Black man to serve on the state’s highest court.

During the nomination ceremony, Newsom cited Jenkins’ “inner strength, grace and passion” among his strengths.

“I understand it has been 29 years since an African American man has served on the high court and I wouldn’t be here today without the support and mentorship of these men,” he said.

Jenkins also talked about the struggles he faced being gay, offering a message of hope for young people:

“I want to say today to those young people who may be watching and those who may hear about what has transpired here, I am not here in spite of the struggle. I’m here because of the struggle. It is deep in my character that has afforded me sensibilities about the world and about people who are not so willing to accept that people can love differently than they do, but nevertheless love sincerely and genuinely and effectively. I want these young people to know that living a life of authenticity is the greatest gift you can give yourself, and if you do that, you too will find yourself in a position where people see you, they really see you for who you are. And I thank you, Gov. Newsom, for giving me this opportunity and for seeing me. ”

“The people of California could not ask for a better jurist or kinder person to take on this important responsibility,” Newsom said.

Jenkins began his career in the law as a prosecutor for the Alameda County District Attorney’s Office, then became a civil rights attorney for the U.S. Department of Justice.

He has since accepted four judgeship positions from both Democrats and Republicans. Most recently, he was appointed to the state Court of Appeal in 2008 by Republican Governor Arnold Schwarzenegger.

Here’s the full press briefing if you want to dive in: