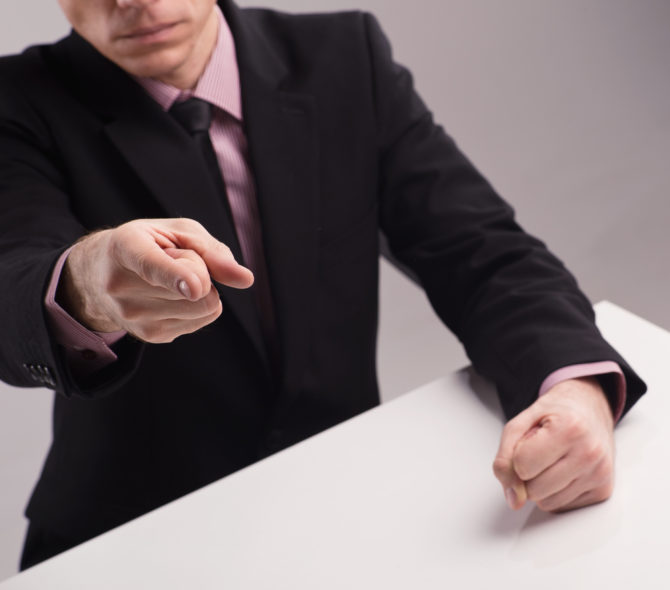 Bad bosses. We’ve all had a few. But chances are you’ve never had one as terrible as Matthew Christiansen’s former supervisor.

Christiansen was working as a creative director at Omnicom Group Inc., the giant New York-based advertising agency, where he says he suffered years of endless harassment at the hands of his supervisor, Joe Cianciotto, because of his sexuality.

Christiansen, who is openly gay, says from early on in his employ his supervisor used to draw caricatures of him on a dry-erase board in the office.

“They were crude and disgusting,” he recalls in a new interview with Slate, “rendering me as half-man, half-horse, pooping and peeing, or as an overly pumped gay guy with a huge hard on, saying, ‘I’m so pumped for marriage equality.'”

But that was only just the beginning.

Christiansen says he later learned that on his very first day on the job, Cianciotto went around the office telling all his new co-workers “Look at the new guy! He’s so gay. He must have AIDS!”

Not only that, but at an office party a few months later, he claims Cianciotto hung up a poster featuring his head photoshopped on a woman’s body. The woman was wearing a bikini and had her legs in the air.

“He posted it all over the agency and on Facebook,” Christiansen says. “He tagged me in it, and he’s Facebook friends with every top-tier advertising professional you can imagine—all the clients I could want to work with. It was totally humiliating.”

Christiansen also alleges Cianciotto would go around the office asking his coworkers if he had HIV, accused him of having AIDS, and made fun of his clothing.

“He called me a ‘poof’ and a ‘bottom’ and said I ‘obviously slept with everyone.’ He singled me out and tore me down in front of people I’m supposed to manage.”

Sadly, the worst was yet to come.

The worst incident came in May 2013. I was with a team of 15 employees. And Joe said: “I was sick all weekend. I felt terrible. I felt like I had AIDS! You know what that’s like, right, Matt?” Then he sat down right next to me, looked me in the face, and laughed.

That was one of the worst moments of my professional career and my life. I’m HIV-positive, but I had no idea if he knew. I was so utterly embarrassed and terrified that my big secret had been told to all the people I work with on a daily basis. And I was scared that everyone on the team would think that they could talk to me that way.

According to Christiansen, higher ups within the company overlooked his complaints about Cianciotto “because he was able to bring in $25 million accounts, people would say: ‘Oh, that’s just Joe. Don’t worry.'”

As a result, every day at work became a living hell.

“I didn’t want to leave, because I didn’t do anything wrong,” Christiansen recalls. “On the other hand, I didn’t want to be there because I was so humiliated. Just having to see the people every day that had witnessed all this stuff—it’s embarrassing.”

Finally, after years of abuse, he decided enough was enough. He hired a lawyer, filed a lawsuit, and on Monday, the U.S. Court of Appeals for the Second Circuit ruled that he could sue his employer under Title VII of the Civil Rights Act of 1964, which bars sex stereotyping against employees who do not conform to gender norms.

“It’s one things to know your rights and have someone on your side who’s going to fight for you,” he says. “But when you’re up against this multibillion-dollar corporation with their army of lawyers, it’s very scary.”