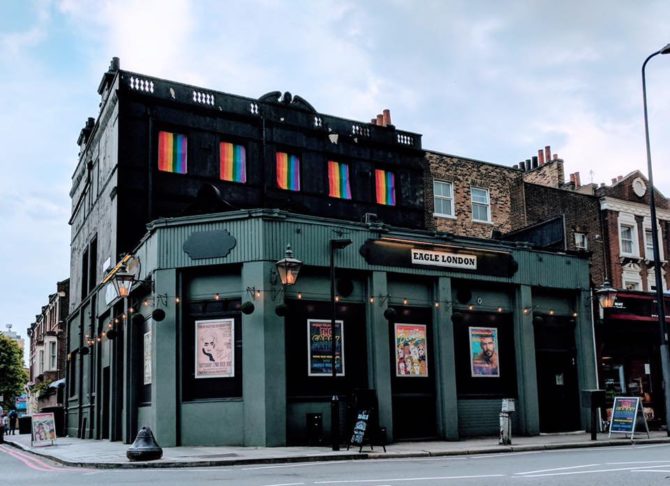 One employee suffered a skull fracture and another a fractured foot.

The trio of unruly drinkers consisted of two men, 42 and 30, and one woman, 20, who were asked to leave the smoking patio at Eagle London.

That’s when they began shouting homophobic slurs at the staff, who promptly 86’ed them from the venue.

Rather than leave, they turned violent, according to the Evening Standard.

“This was a particularly vicious attack which stemmed from a minor incident and involved the use of homophobic language,” said Investigating officer, Detective Constable Phill Govett.

He added: “Hate crime in any form will not be tolerated by police and we will take all possible action to bring perpetrators of these offences to justice.”