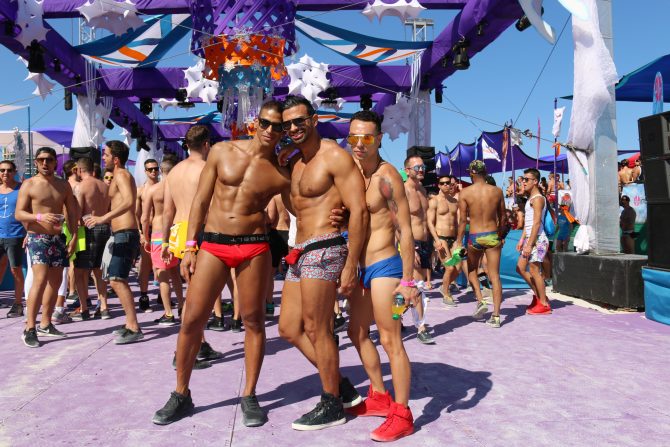 “We know there are many places people could have been exposed before and after Winter Party as this virus has developed, but we wanted to make this information public as soon as possible,” Rea Carey, executive director of the National LGBTQ Task Force, the organization behind the festival, said in a statement Monday. “The health and safety of anyone who participates in any Task Force event is of great importance to us.”

While the event occurred prior to the mass-cancelations of public gatherings, the festival chose to move forward despite heightened risks. Carey told NBC News that organizers “made the most informed decision at the time, following all official guidance available at the time.”

They took precautions like handing out 10,000 bottles of hand sanitizer, but it’s not hard to imagine the contamination potential of a crowded, sweaty circuit party.

Chris Johnson, the Chief Political & White House reporter for the Washington Blade, spoke with one attendee who reported, “Within my group of friends, 10 or so of us have flu-like symptoms. I’ve chatted with acquaintances who in most cases say that they have many sick friends within their groups as well.”

The LGBTQ Task Force has not specified exactly how many event attendees have tested positive for the virus, though because tests are still inaccessible for so many, their number may not even be accurate.