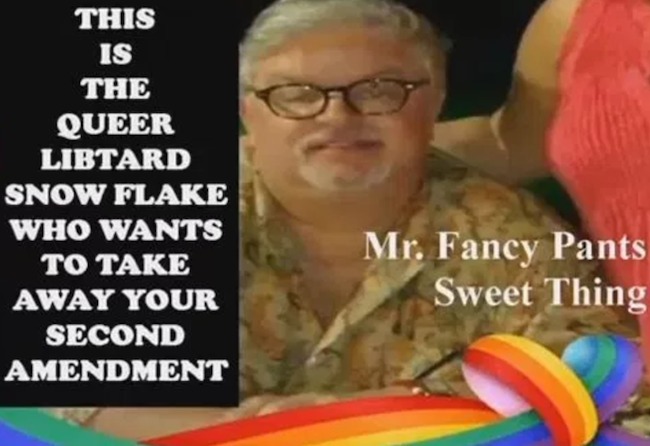 In Cape Coral, Florida, an openly gay man currently running for public office claims both he and his partner have received two death threats from the Ku Klux Klan.

Related: The KKK Is Rebranding, Gays and Blacks Are Now Welcome

James Schneider says one of the notes (which you can see below) was found stuck to the front door of his home, with a message that demanded he drop out of the race for District 5:

“We know where you live, faggot…. We are going to win. Quit now. When you girls least expect it, we will be here for a nice visit.”

“I mean literally we were sleeping 25 feet from where they dropped this thing off,” Schneider says. “Whether it’s real or not, whoever did it, they shook us up.” 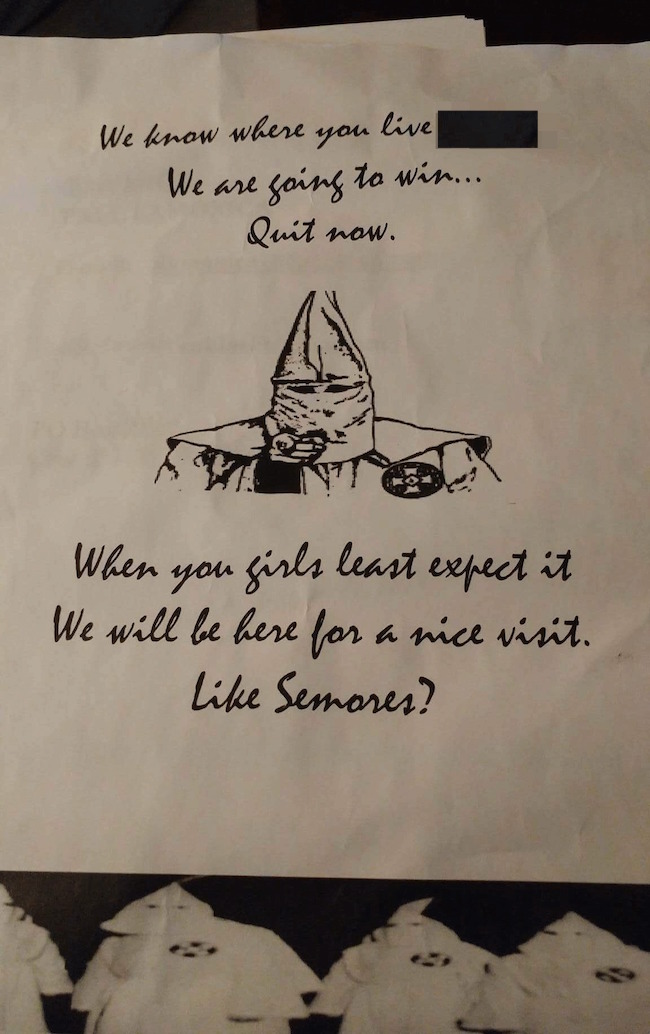 According to NBC2, Schneider has also seen several deeply insulting and homophobic posts on social media about the campaign.

“Every time I see one of these things on Facebook,” he tells NBC2, “the pile-ons from people who don’t realize that their cyber bullying and saying horrific things and they don’t even know who I am.” 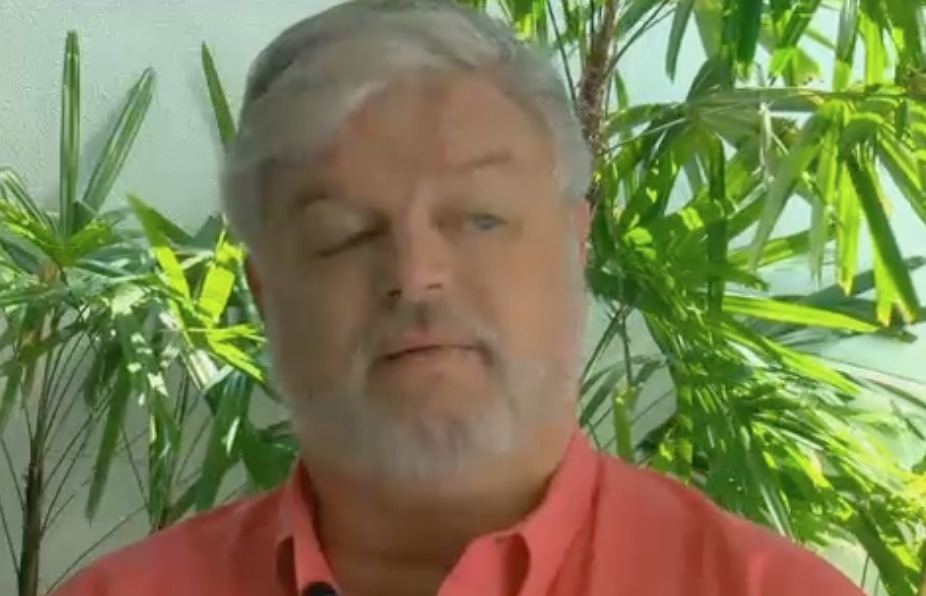 So far, he’s reported the threats to the FBI and police and installed security cameras throughout his house. 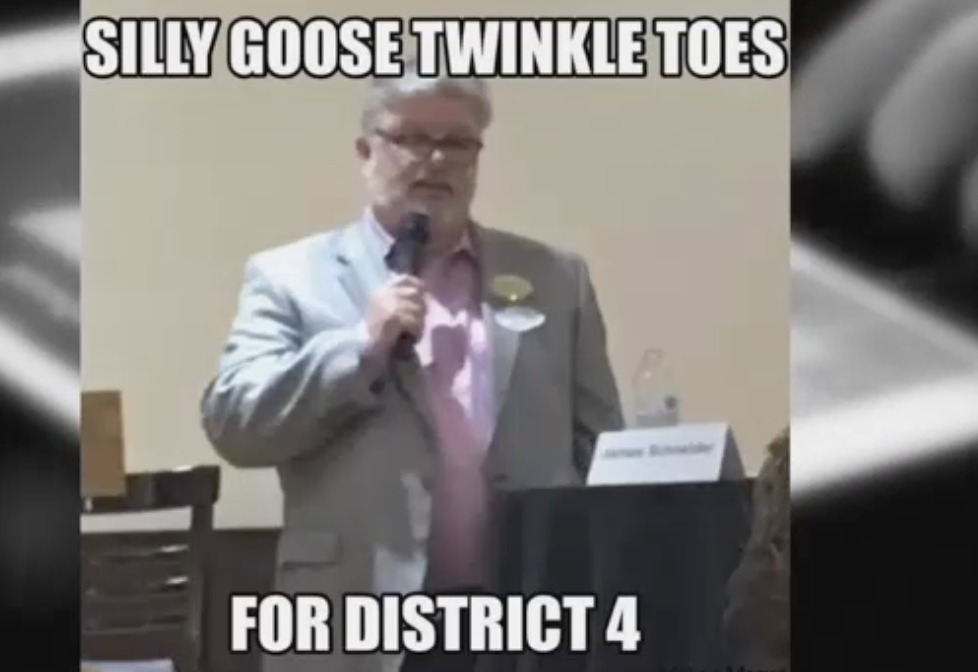 Despite the drama, the last thing he wants is his homosexuality to influence voters one way or the other.

We've experienced an upsetting situation in the past days, which caused us to pull in, make serious decisions about our…

“I don’t want sympathy votes,” he says. “I want votes on the fact that I’m a better-qualified candidate.”

“I almost quit which would’ve meant they won. I think I’m the appropriate candidate for the position.” 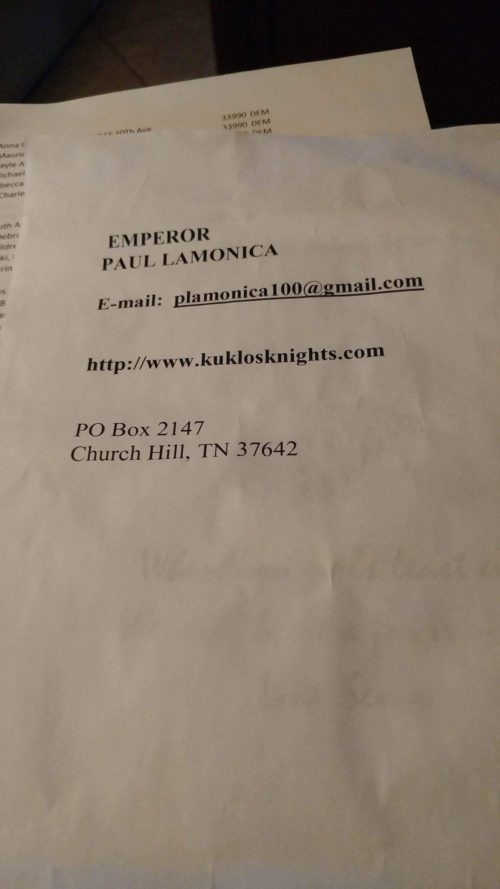 Watch a report from NBC here: