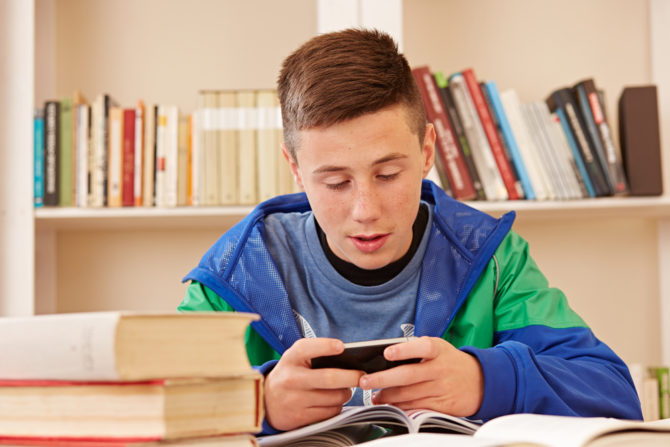 All Mason Barclay wanted was to sleepover at his best friend Houston Shelton’s house, but her mom had a strict “no boys allowed” rule when it came to slumber parties.

Related: This dad’s joyous reaction to his son’s new doll is one for the ages

Being an assertive young man, Mason decided to text Mrs. Shelton and see if she might make an exception. He wrote:

This is Mason Brian Barclay, I am one of Houston’s new best friends. If she had people over on Friday, would I, a very homosexual male, be able to take part in the sleepover?

I think the common meaning behind only allowing the same sex to share sleepovers is due to the typical interest in the opposite sex, when in this case, I do not like the opposite sex.

Thank you for your time and consideration, have a great night.

He ended the text with a friendly “Amen” then awaited Mrs. Shelton’s response.

Related: Most Awesome Mom Ever Creates Tinder Profiles For Her Gay Sons

A few minutes later she replied:

Hmm. Well, my husband is hot. Should I worry?

We assume that means she gave permission?

Mason posted the text exchange to Twitter on Monday where it received over 500 likes and 60 retweets.

“I think I’m in love with her mom,” one Twitter user comments.

Another replied: “I don’t know what exactly is going on here but I’m lol’ing.”

Sometimes all you gotta do is ask, right?

Check out the text below: 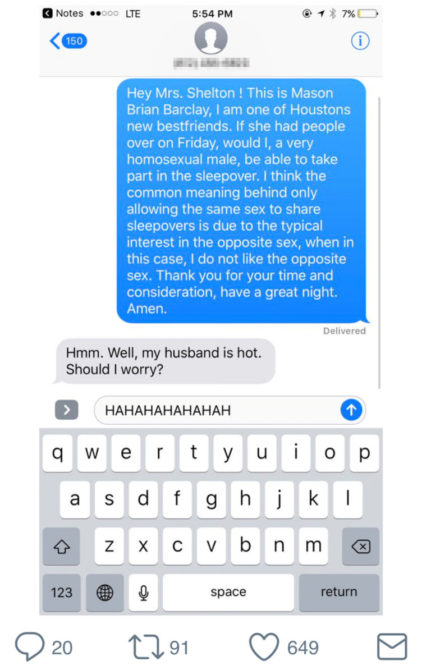