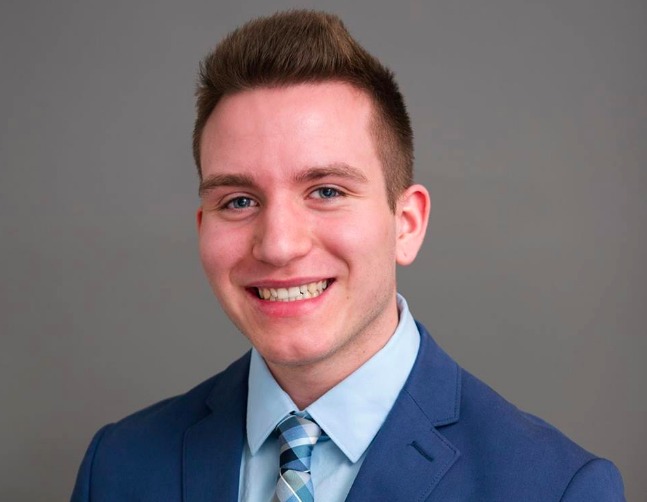 But beating him won’t be easy.

Not only is Baldwin a newcomer who is barely out of high school, but he’s a Democrat running against an incumbent in a district that voted overwhelmingly (70%) for Donald Trump in the 2016 election.

“Around here a lot of people that voted for Trump are fed up with the system,” Baldwin tells Outsports. “We have an entrenched Republican representative, and that’s what people are fed up with.” 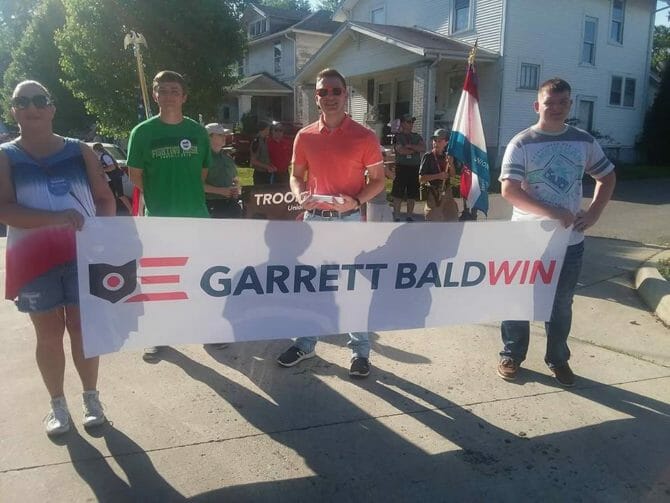 As for being gay, Baldwin, who came out when he was 14, says that hasn’t been much of an issue in his campaign… so far.

“When they hear I’m a gay candidate, I don’t get a lot of feedback on that because it’s not important,” he says. “They want to know what I stand for and how I’m going to move the district in the direction way they want it to go.”

Although it’s hard to imagine his sexual orientation won’t come up eventually. His opponent is a religious extremist who hates gay people, after all.

Not only does Vitale oppose same-sex marriage, but he authored HB36, nicknamed the Ohio Pastor Protection Act, which grants religious leaders the legal right to discriminate against LGBTQ people, or “homosexuals,” as he refers to them.

This Bill simply set the state back, sent a message to companies looking to invest in our state, and provided a form of legal discrimination to businesses. I couldn't disagree more with Representative Nino Vitale! This freedom is already guaranteed by the First Amendment! pic.twitter.com/VDf8YvcExG

“Vitale believes strictly in one man and one woman having children, that that’s his idea of a family,” Bennett says. “We have multiple LGBT families in the district, and it’s scary that we have a representative furthering those ideas in the statehouse.”

Bennett tells Outsports that he hopes that his message of inclusion will help unseat his antigay opponent.