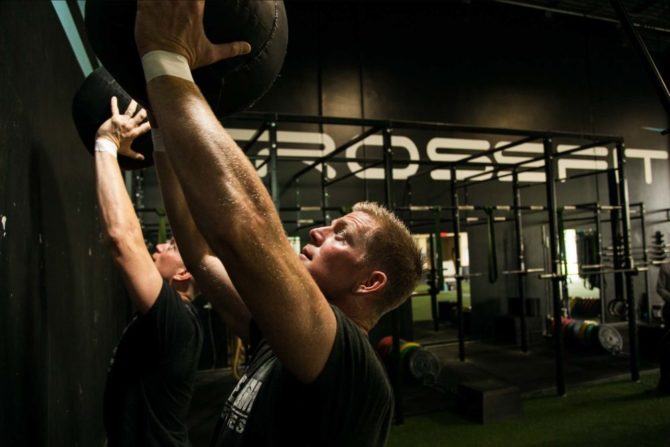 The culture war between CrossFit and Christ-loving homophobes rages on. Now, the Benham Brothers are getting involved. And they’re confusing everything.

It all started when CrossFit Infiltrate in Indianapolis, Indiana canceled a “PRIDE workout” that had been organized by one of its LGBTQ members.

Gym member Ryan Nix received an email from general manager Brandon Lowe notifying him that the workout would not be happening.

In his email, Nix wrote: “At the foundational detractor from health, as we believe God sets the parameters for, is pride. We believe that true health forever can only be found within humility, not pride.”

He continued, “Humility is seeing oneself as they truly are, and as God truly defines them to be. As a business we will choose to deploy our resources towards those efforts and causes that line up with our own values and beliefs.”

As a result, members left in droves, trainers quit, and the gym was forced to close.

Watch a report from ABC Indianapolis:

End of the story, right?

As someone who personally believes celebrating “pride” is a sin, I’d like to personally encourage #CroossFirInfiltrate for standing by their convictions and refusing to host an @indypride workout….Thank you #CrossFitInfiltrate for standing by your convictions and refusing to celebrate sin by hosting an @indypride workout. The intolerance of the LBGTQ ideology toward any alternative views is mind-blowing.

The tactics of some in the LGBT movement toward dissent is an existential threat to freedom of expression. The lack of tolerance for disagreement, which has been replaced with bullying Twitter mobs promising “consequences”, should be a concern regardless of your political stance.

In response, CrossFit tweeted later that day that Berger had been let go: “The statements made today by Russell Berger do not reflect the views of CrossFit Inc. For this reason, his employment with CrossFit has been terminated.”

The statements made today by Russell Berger do not reflect the views of CrossFit Inc. For this reason, his employment with CrossFit has been terminated.

Now, the Benham Brothers are weighing in on the matter. And they seem a little, well, conflicted over the matter.

You see, they love CrossFit. Almost as much as they love Jesus. They love the sense of community. They love getting all hot and sweaty with other bros. Pumping their muscles. Letting off steam. Feeling that release.

But they also hate gay people and have a natural inclination to support other homophobes wholeheartedly.

Related: Just some oiled up bros twerking together at the gym, no big deal

So they’re standing behind Berger, who they say has become a victim of the “thought mafia” after having his Christian beliefs “twisted beyond recognition.”

But they’re also standing by Crossfit.

Yet another “thought mafia” attack took place, this time at Crossfit (that hurts!). We stand by Crossfit’s right to fire this guy, yet we stand by this guy’s right to speak his beliefs. Unfortunately, those beliefs are being twisted beyond recognition – and the shoe never fits the other foot when it comes to the firing of a conservative or Christian. We loved his humble yet bold stand here.

Hmmm. Sounds like someone’s trying to have their cake and eat it too.

Pick a side, guys!