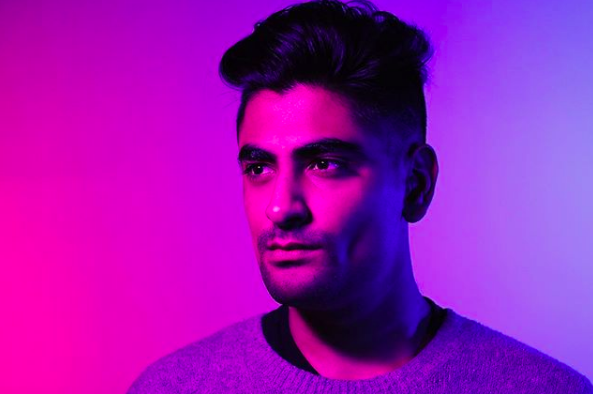 In a historic ruling, India’s Supreme Court ruled this week that homosexuality is no longer a criminal offense.

Now, India-born, NYC-based independent pop singer/songwriter Vardaan Arora has penned a powerful essay for Billboard sharing his experiences growing up gay and what the historic ruling means to him personally.

“As of just a few hours ago, India has publicly decriminalized a colonial law that was originally instituted in the 1860s,” Arora writes. “It’s on every news channel. Every major publication will cover it. Families all over the country are reading about how there is beauty and bravery in being your true self.”

It didn’t always used to be that way. Arora, who was born in New Delhi, recalls the homophobic bullying he suffered as a kid:

Growing up in India, the word “gay” came with a plethora of negative connotations. It insinuated that a person was less than. A “freak,” if you will. Before I even knew what “gay” meant, I was bullied for being effeminate. It didn’t help that I wasn’t interested in sports. I was just 10 years old when the nickname “sissy boy” stuck. The memories don’t leave you.

Like many teenagers, he found comfort in pop music. Hillary Duff and Britney Spears were his two favorite singers.

“Much like any young gay boy, my obsession with pop music reached its peak when I entered into high school,” he writes. “This didn’t go over well with my peers. I tried to convince everyone that I had crushes on these female celebrities, but I don’t think anyone believed me.”

It wasn’t until he moved to New York after high school that he learned being gay wasn’t a bad thing and that he was free to express himself however he wanted.

“I wasn’t worried about my physicality appearing too feminine,” he writes. “I began to embrace myself in a way that I didn’t know was possible. A gigantic weight was lifted off my shoulders, and I could breathe. ”

After moving to New York and finding the courage to be his authentic self, Arora took his love of pop music to the next level. He released his first single “Feel Good Song” in 2016. The song charted on Spotify’s USA and Global Viral 50 charts. Since then, he’s released several other songs.

Arora says his heart now “beats with excitement” for future generations of gay youth growing up in India, knowing their lives may not be as challenging as his was.

“My heart beats with excitement for the next generation of LGBTQ+ kids growing up in India like I did,” he writes. “It is a huge step in the right direction. Today, I am proud to be an Indian.”

He concludes the essay with a message for those kids:

You’re going to be okay. I’m proud of you. You are enough. You’re going to take all the qualities you thought were weaknesses and turn them into strengths. I’m going to fight for you. I’m going to continue making music for you. There will be ups and downs, but as today showed us all–it did get better.

Scroll down for a sampling of Arora’s Instagram page…

link in bio // i talked to @billboard about the premiere of my new music video (IT’S OUT!), my struggles, joys, how they’ve made me stronger and what’s to come. getting deep and personal! watch, read, share, tell me what you think etc etc. thank you so much for letting me do what i do ?? there’s so much more to come.

fun fact: waking up is hard for me

good to be back in new york and even better to get messages / comments / texts from all of you who have listened to (and hopefully enjoyed) my new single. so much love ?? THANK YOU!

@good_jack’s bathroom wallpaper went extremely well with my shirt so i had to be shameless and take a mirror selfie. or six.

in case you missed it – i wrote about the monumental court hearing decriminalizing homosexual acts in india for @billboardpride. link to read is in my bio! proud of my country ???