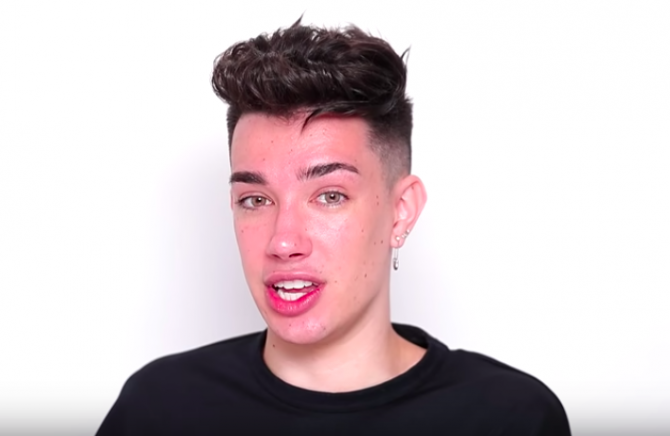 After going radio silent last month amid a sexting scandal allegedly involving several underage boys, YouTube sensation James Charles returned to social media this week to claim he is being “blackmailed” by a former employee.

“I feel as though I’m being cornered,” the 21-year old makeup artist said in an 8-minute video posted to Twitter.

Charles, whose legal name is James Charles Dickinson, is being sued by Kelly Rocklein, who worked for him for six months in 2018 before she was fired.

In the complaint, Rocklein alleges Charles required her to work 12 hour days, seven days a week, after he gave her a promotion from video editor to producer but didn’t hire a replacement for her old position. She said she was never given overtime or double time.

In addition to the alleged wage violations, she also claims she suffered discrimination and retaliation while working for Charles.

According to the complaint, Rocklein says she was wrongfully terminated after suffering a head injury that caused her to experience “headaches, temporary loss of consciousness, confusion, amnesia,” and other crippling ailments.

She alleges Charles wasn’t sympathetic to her injuries and “callously accused her of not being dedicated to her job as a result of her work being delayed while she was hospitalized.” After taking a week off per her doctor’s orders, she says she was fired.

Charles denies everything, saying Rocklein is making “just the craziest claims you could ever imagine.”

“I currently feel as though the situation that I was in is being taken advantage of,” he said in the video, “and I feel as though I’m being blackmailed.”

Charles also raised suspicion about the timing of Rocklein going public with her claims, suggesting she carefully coincided it with his announcement that he was leaving social media following those underage sexting claims.

Last month, Charles addressed the accusations being made against him, saying he was “holding myself accountable” while also claiming he believed his sexting partners, many of whom were fans, were over the age of 18.

He said we would be leaving social media indefinitely to process his actions, hold himself accountable, and heal.

Rocklein’s lawyer says Charles’s sexting scandal wasn’t a factor in her decision to go public with her story and that “there is no truth to any blackmail.” She is seeking back pay, as well as damages for distress and mental anguish.

Meanwhile, Charles called Rocklein’s actions “an attempt to pressure me into making a much, much higher settlement offer,” adding that “my only option is to pursue this to the fullest extent of the law, and my hope is one day when it does get to a courtroom in the future, justice will be served.”