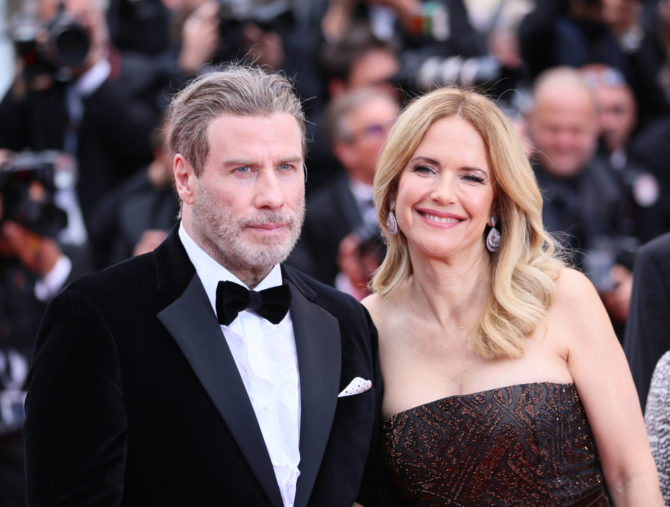 John Travolta’s having a little renaissance at the moment. The 64-year-old actor was in Cannes, France recently to promote his latest film, Gotti, as well as celebrate the 40th anniversary of Grease.

The Daily Beast thought it would be an excellent time to speak with three ex-Scientologists with close connections to Travolta about–well, what do ya think?!–those omnipresent gay rumors, among other things…

Mike Rinder is the former top spokesman for the Church of Scientology and one of its main “enforcers.” During his time with the church, he says he got to know both Travolta and his wife, Kelly Preston, well and that he “liked” both of them.

“Kelly is a much more dedicated Scientologist than John,” Rinder claims. “Scientology dictates every choice in life and informs every decision a Scientologist makes.”

As for those gay rumors that have followed Travolta since, well, forever, Rinder has this to say: “I cannot say if he is gay or not. I’m not going to speculate. All I know is it would be a catastrophe if he or anyone else in Scientology came out as gay. You can’t. The church is anti-gay even if they don’t publicize it.”

Karen de la Carriere used to be one of Scientology’s most powerful executives before leaving the cult. She first met Travolta when he joined back in 1986 and describes him as “a bad boy who likes risky sexual adventures.” Meanwhile, Preston is “either deluded or more likely just deaf to the whole thing.”

“Kelly is a true believer,” he says. “John loves aviation more than Hollywood but because of Kelly he’d never leave Scientology.”

Augustine continues, “He loves his family. He’s just got a dark side and he’s reckless. But he really has no reason to want to leave the church. People at his level never see the ugly side of the church. Plus he’s got OSA [Scientology’s Office of Special Affairs] as his own private Mafia if he gets into trouble.”

In 2014, the actor granted a rare interview about the gay rumors he can’t seem to escape and allegations he had a gay relationship with his former pilot, telling The Daily Beast:

This is every celebrity’s Achilles heel. It’s just about people wanting money. That’s all. It happens on many levels. I don’t care that much about it. Other people may attack it back more than I do, but I let all the media stuff go a long time ago because I can’t control it. I think that’s why it persists, to some degree.