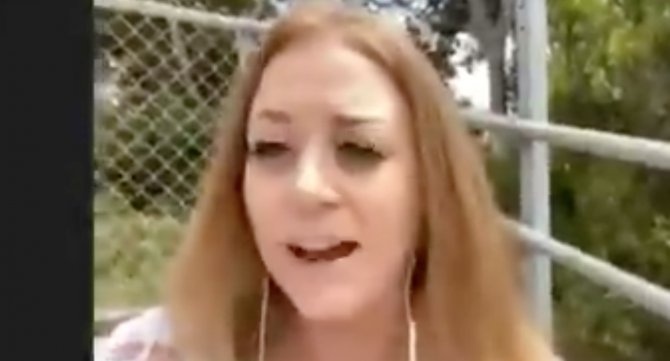 Karen run-ins don’t often have happy endings, which is why we’re thrilled to share that the GoFundMe set up to ‘tip’ a Starbucks employee who was publicly shamed for enforcing the store’s mask policy has now topped $100K. And she wants a cut.

As we reported last week, self-described anti-vaxxer Amber Lynn Gilles says she was “discriminated against” by barista Lenin for refusing to cover her face inside the business, and took her eye-rolling indignation to Facebook:

“Meet lenen [sic] from Starbucks who refused to serve me cause I’m not wearing a mask. Next time I will wait for cops and bring a medical exemption,” she wrote, sharing a photo of the appropriately masked employee: 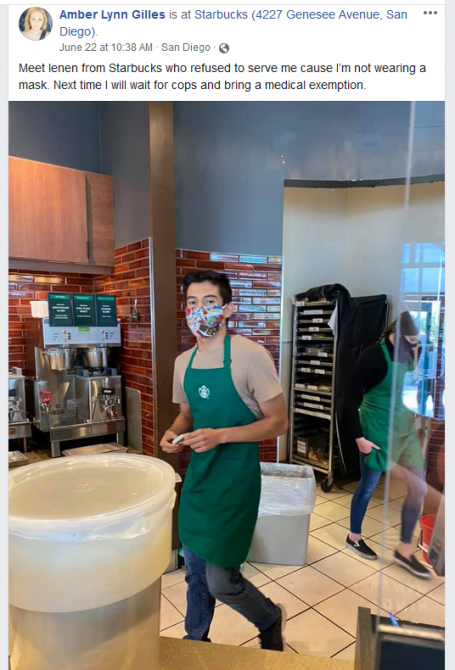 As a GoFundMe set up for Lenin Gutierrez continued to rack up funds, both parties have spoken out about the experience.

And wouldn’t you know it, Gilles has continued to play the victim.

“I never threatened him.” Hear from woman who was denied service at a Clairemont Starbucks for refusing to wear a mask. She publically shamed the barista. A Go Fund Me Page on his behalf is now over $22,000. She says she’s getting death threats. #nbc7 & https://t.co/ylvk5rP6Vf pic.twitter.com/gCREw0LR5V

Gilles has told local media that she feels she deserves some of the money as its being raised off of her name. We’re pretty sure that’s not how that works.

Gutierrez described the interaction that led up to the photo:

“Before I could say anything she flipped me off and said I don’t need one and she started cursing up a storm. She started calling people sheep and she left and within a few minutes came back and she asked for my name and took a photo.” Charming.

Gutierrez has also thanked donors via video, sharing that he plans to use the unexpected influx of cash to pursue a passion in dance and make donations to local San Diego organizations.

Here he is way back at the $10K mark reminding folks to be kind to one another: