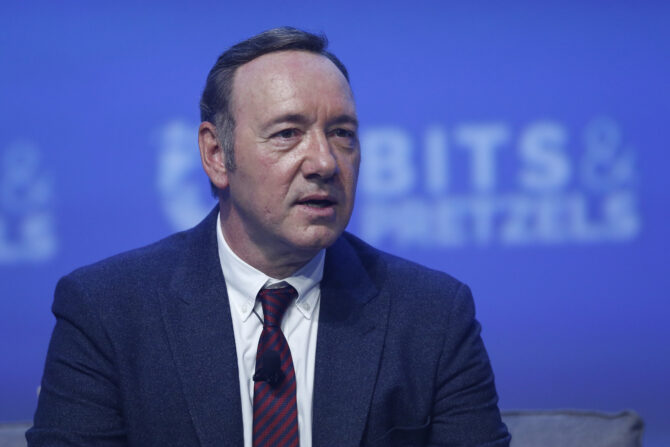 Disgraced actor Kevin Spacey might want to cancel that ticket to the Queen’s Jubilee — British authorities are bringing criminal charges against him on four counts of sexual assault against three men, the country’s Crown Prosecution Service announced on Thursday. However, Spacey cannot be formally charged unless he enters England or Wales and no plans for extradition have been publicly disclosed.

Spacey, 62, had “also been charged with causing a person to engage in penetrative sexual activity without consent,” according to Rosemary Ainslie, head of the service’s special crime division.

According to the news release, the charges stem from three alleged incidents dated March 2005, August 2008 and April 2013. The first two occurred in London, and one from 2013 took place in Gloucestershire, England.

Spacey’s fall from grace started in 2017, when actor Anthony Rapp accused him of making sexual advances on him him in the ’80s, when Rapp was 14 years old.

Rapp said he attended a party at Spacey’s New York City apartment when the actors were both appearing on Broadway. He alleges that Spacey physically picked him up at the end of the night and “made a sexual advance” after placing him onto his bed.

Rapp is now suing Spacey, seeking unspecified damages for causing Rapp severe emotional distress and depression as a result of the encounter.

Shortly after Rapp went public with his story, Spacey said in a statement: “I’m beyond horrified to hear this story. I honestly do not remember the encounter, it would have been over 30 years ago. But if I did behave then as he describes, I owe him the sincerest apology for what would have been deeply inappropriate drunken behavior, and I am sorry for the feelings he describes having carried with him all these years.”

Twenty other men subsequently came forward to make similar accusations against the Oscar-winning star. He was quickly dropped from Netflix‘s House of Cards and his part in a Ridley Scott movie, All The Money In The World, was reshot with Christopher Plummer.

This month it was announced that Spacey had been cast in the historical drama titled 1242 — Gateway to the West, scheduled to begin production in Hungary and Mongolia in October.