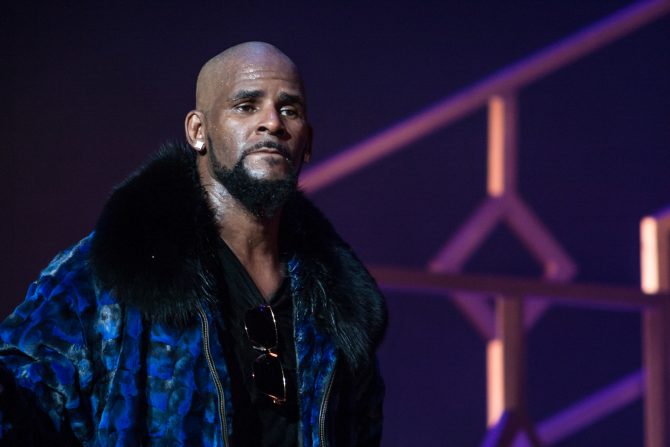 This week, disgraced singer R. Kelly was found guilty on all nine federal sex trafficking and racketeering charges he faced. The six-week trial ended after nine women and two men took the stand to accuse him of decades of sexual humiliation and violence.

But at least one person thinks Kelly got a “raw deal” — fellow disgraced entertainer Bill Cosby.

Cosby, of course, was accused of drugging and molesting Temple University employee Andrea Constand; he was convicted on three counts of aggravated indecent assault back in 2018. His conviction was overturned this year because the previous attorney general had promised him he wouldn’t be charged over Constand’s accusations. Justice at its finest.

Still, Cosby is the exact opposite of someone whose insights on sexual assault should be considered valid.

But when TMZ caught up with Cosby’s spokesman, Andrew Wyatt, here’s what Wyatt reported Cosby had to say:

“The guy was railroaded,” Wyatt quoted Cosby, telling the interviewer he’d just talked with his client about the case that morning.

“As [Cosby] said, Gloria Allred did the same thing with [R. Kelly] and she did with him. You parade women out, and you stir up the public sentiment to go against him, and that’s what they did to R. Kelly… What we see in America today is an assault on Black men. This is an assault on successful Black men who are doing great things.”

You can watch the full clip below:

Subscribe to Queerty for a daily dose of #life #billcosby #r.kelly stories and more