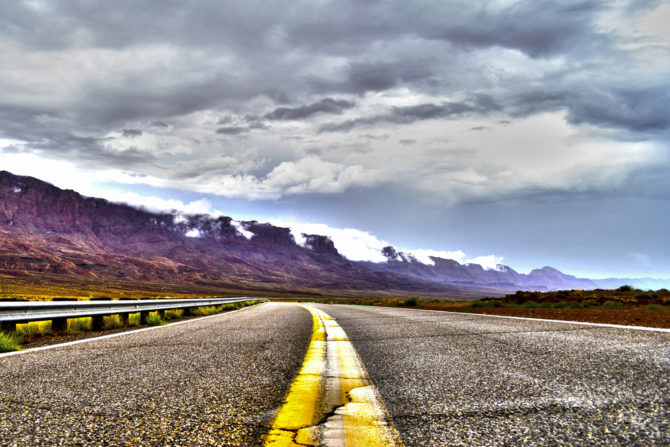 We all make poor choices from time to time. But some of us make poorer ones than others.

When Jack Rushall’s Grindr date invited him on an impromptu road trip from Northwestern British Columbia down through Washington state, he didn’t think twice about it.

“My friends thought I was crazy,” he writes in a new column for the Washington Post. “And I was. I didn’t know him, and he didn’t know me. But that mystique intrigued me.”

The guys met on Grindr three years earlier and had only seen each other twice since then. Rushall figured the 1000+ mile road trip would be an excellent way to get to know each other better. They would talk, share some laughs, go on hikes, hookup, and meet new and interesting people along the way.

“I figured that an intense amount of time together would make for a closer friendship,” he explains. “If we were going to be cooped up in a Jeep or sleeping under the roof of a plastic tent, we would certainly feel like family by the finish line.”

The trip began with a six-hour ferry ride from Juneau to Skagway, Alaska, which Rushall slept through.

I learned that this upset my counterpart when we attempted our first hike near the Liard Hot Springs. The fluffy trails were brimming with snow. But when we spotted wolf sheddings on the side of the trail, I anxiously suggested we turn back. Growing belligerent, my friend started to question why I joined him on a trip heavy with hiking trails, especially since I was wearing tennis shoes. As he grew even more antagonistic, our hike started to trigger memories of feuds between me and my exes.

Things only got worse from there as he days “the mood between us wavered between high and low” for the next several days. He frequently felt disrespected by his travel companion, but, he writes, “I had no return ticket outside of his Jeep, so keeping the peace between us was important.”

Things finally came to a head when the guys reached Bellingham, Washington, where they stayed with one of Rushall’s friends. He recalls:

I told him that my friend could provide us with a bed and the living room couch. Since it was a Saturday night, I suggested one of us might want to sleep on the floor of my friend’s room as her three roommates were home, partying in the living room.

The very suggestion that my companion would take the floor after driving for nine hours set him off. After I offered to flip a coin, he professed that he couldn’t wait to get back to his ‘actual friends’ in Portland. He even implied that he had texted quotes of things I had said to his friends for a quick laugh while we were perusing Vancouver.

Then he slammed the bedroom door in Rushall’s face.

That’s when Rushall finally decided that maybe it was best if the two parted ways. He purchased a bus ticket home, wished his companion all the best, then hightailed it out of there as fast as possible.

But the entire experiment wasn’t in vain, he says.

“For years, I have tried to make it work with men who were controlling,” he writes. “Suddenly, I didn’t try to apologize or back out of a disagreement. I knew how much I could handle.”

All that time in the car didn’t bring the two of us together; instead I ended up feeling alone, and much closer to myself. I realized that trips can unexpectedly take me to places I’ve already been. When that happens, there’s nothing stopping me from taking a detour.

Remember, folks: Wise men learns from their own mistakes, but wiser men learn from the mistakes of others.