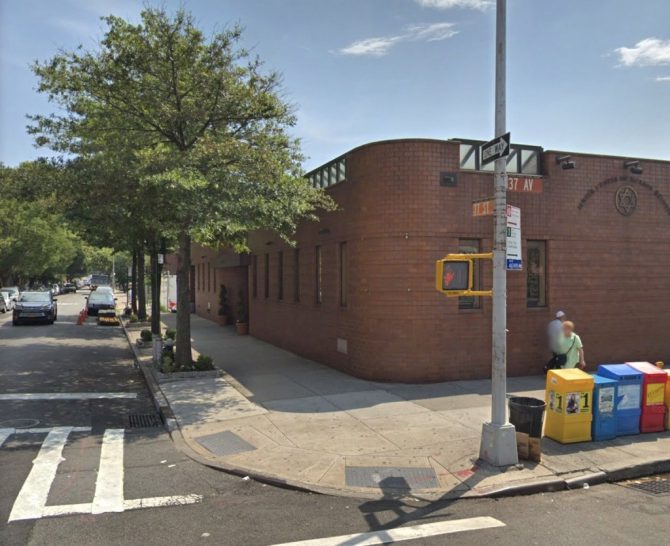 Police in New York City have arrested a 26-year-old man for assaulting a man in the Jackson Heights neighborhood early Sunday morning. The victim claims he was attacked for refusing to perform oral sex.

Jelani Stewart faces charges of assault and robbery for the crime. The victim, identified only as “Carlos,” says the attack happened near the intersection of 37th Avenue and 77th Street. While walking home from a friend’s house, Stewart propositioned Carlos for sex, who declined. Stewart then became violent.

“When I looked back, he grabbed his penis and said, ‘You want this?’ I didn’t pay attention to it,” Carlos recalled to GSN. “When I turned around a second time, he said, ‘Do you want to suck my dick?’ I said, ‘No.'” Stewart allegedly then began beating Carlos about the head and trying to force him to perform the sex act. Stewart also allegedly stole Carlos’ cellphone and backpack.

Carlos initially got help from a motorist. As he tried to escape, the attack continued.

“They knew the guy was robbing me,” Carlos says. “So when I got to the car, he kicked me and I fell. When I fell, he kept hitting me on my back and kicking me on the back. The guy in the car rolled his window and said something to him, but the man said I was trying to rob him — like he was the victim.”

Another passerby called 911, and Carlos managed to escape down the street to an approaching police van. Cops also arrested Stewart nearby, who was using Carlos’ cellphone at the time. Police have yet to recover the backpack.

Carlos suffered injury from the attack, but managed to return to work the next day.

“I’m injured right now, but I have to come to work,” Carlos says. “Other than that, I would have been in the hospital. I have back pain, stomach pain… my nose, my eyes, my ears, my head. I took some pain medication. .. I really want to see this person in jail.”