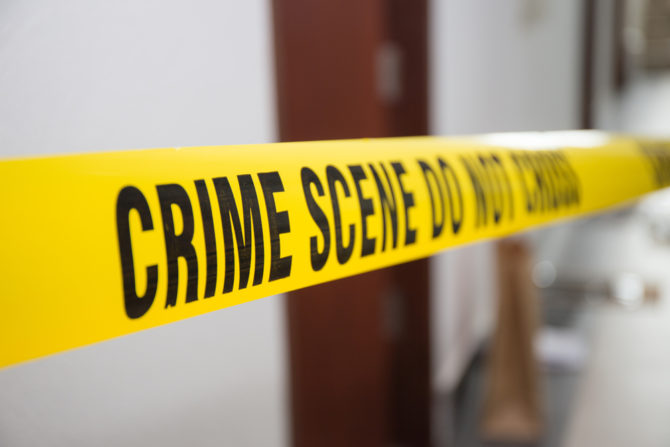 Well, this is rather horrifying.

The attack happened in Brooklyn and involved an aluminum baseball bat and knives. According to police sources, the violence began after one of the participants, presumably Ikonomidis, began filming the encounter against the woman’s wishes.

The New York Daily News reports that the menage-a-trois came to an abrupt and awkward end when the woman become upset. The 21-year-old man, who was hosting, offered to drive her home, leaving Ikonomidis alone in the apartment.

Meanwhile, Ikonomidis got dressed and left his friend’s apartment.

The angry boyfriend apparently wasted no time enacting his alleged revenge because the moment Ikonomidis stepped out the door, he was ambushed. Surveillance video shows three men chasing him down the hall as he tries to escape the building.

Ikonomidis was beaten with the baseball bat and stabbed three times in the chest before his attackers left and he stumbled towards a nearby apartment.

According to the relative, “He fell into her house, she opened the door … he was apologizing, ‘I’m so sorry. I’m so sorry.'” Then he pleaded with her not to call police.

“He went to stand up, I don’t know if he was gonna try and leave or what, (and) collapsed on the floor. She said his whole body started jerking and when they came, he barely had a pulse.”

Ikonomidis was rushed to the hospital, where he died shortly thereafter. So far, no arrests have been made and the investigation is ongoing.