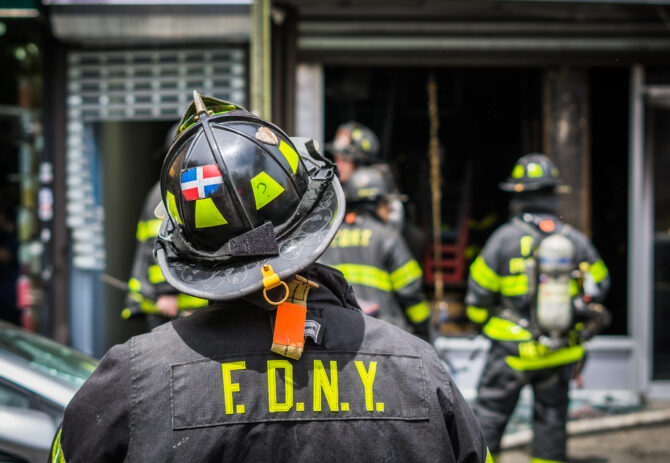 A gay bar in New York City suffered substantial damage from a suspected arson attack over the weekend and is appealing for information to identify the perpetrator. Two people were injured.

Rash, which opened five months ago in Brooklyn’s Bushwick neighborhood, shared details of the event on Instagram.

“Last night before the party started, someone came into our bar, poured gasoline on the floor causing an explosion that set the bar in flames,” the bar posted on Tuesday. “He was wearing a dark hoodie and a backpack and immediately ran from the scene. Everyone inside made it out, but two people were brought to the hospital and are in stable condition.”

“We still don’t know what to make of this cruel act of violence,” the statement says. “In only five short months we were privileged to become home to such a talented and vital community of artists.

“It breaks our hearts that anyone would seek to threaten that for any reason.”

The statement continues: “At this time we haven’t identified the suspect or any motives but we’re working closely with the authorities to investigate. If anyone has any information that might be useful in the investigation, please share it with us directly (email and DMs are open).

“We launched a Gofundme page to support everyone directly affected, our staff who will be out of work for the foreseeable future, and eventually the repair of the space. You can find the link in our bio.

“We love you, and we will come back from this.”

A police investigation is ongoing.