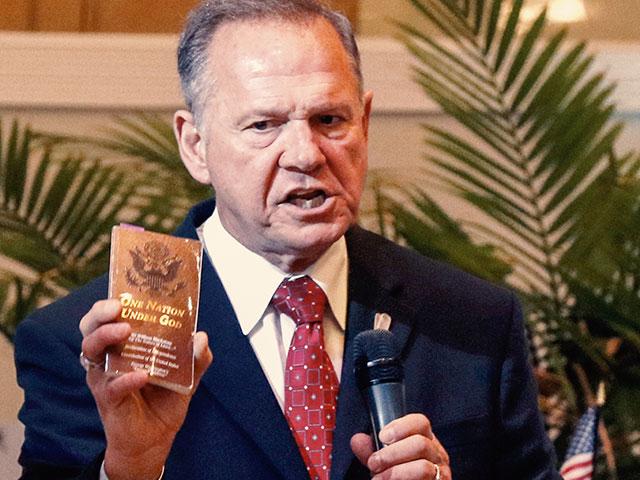 Roy Moore is the conservative front-runner in the race to fill Jeff Sessions’ senate seat in Alabama, and his social positions are more aligned with 1917 than they are 2017.

In fact, CNN recently unearthed this gem of a soundbite from 2005:

“Homosexual conduct should be illegal, yes.”

It turns out Gallup polling has been monitoring the shifting public opinion on whether gay sex should be a criminal act in the U.S. since the 70s.

The Washington Post dug up the data, which shows that a fifth of Americans still to this day believe that gay relations should be against the law. 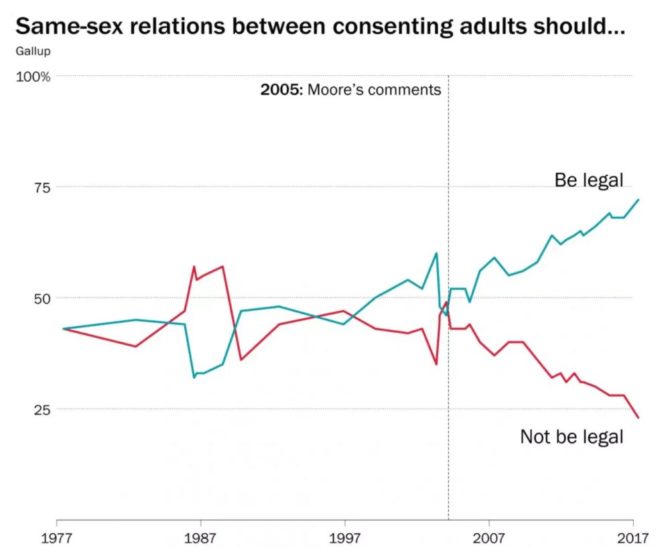 Some other interesting takeaways: A narrow margin of acceptance in the ’70s was thrown into a turbulent regression in the ’80s with the rise of HIV/AIDS.

Also, for a brief moment just before Moore’s comments, more Americans polled thought same-sex relations should be illegal than they did legal. This isn’t the 1950s we’re talking about, it’s 2004. As the graph shows, however, the trend towards acceptance is clear as day.

But as the Washington Post and further polling indicates, the rate at which Americans are arriving at acceptance is not uniform.

The General Social Survey shows how it breaks down by party affiliation, with Republicans clearly being the most resistant to change: 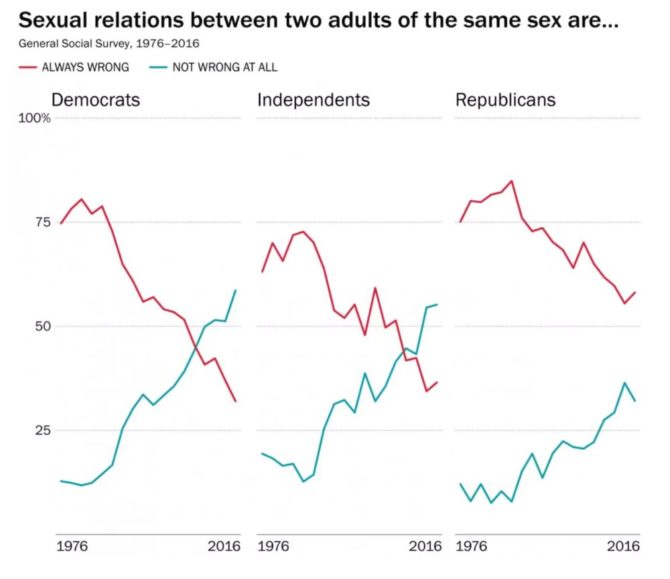 The numbers get even scarier when you look at “strong Republicans”: 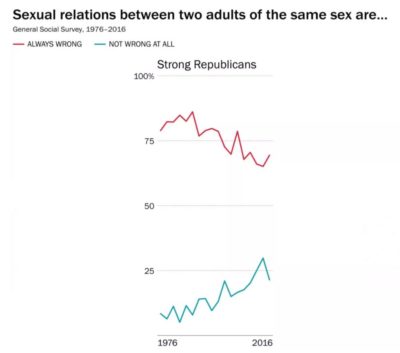 While Moore in no way represents the majority of viewpoints, the number who do agree with his backwards remarks is a long way from zero.