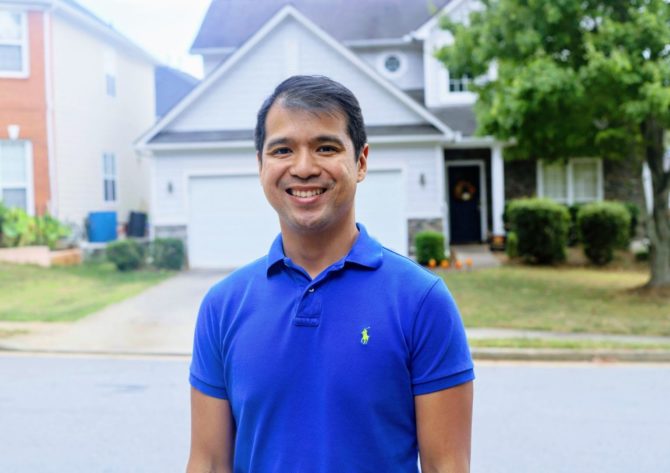 Out gay Georgia representative Marvin Lim (D-99) made history when, in January, he became the state’s first Filipino-American legislator—and he has since hit the ground running.

In addition to personally drafting over thirty bills, Lim has spent his first months in office advocating for voting rights and working directly with the Biden-Harris Administration on its efforts to combat anti-Asian violence.

In March—only Lim’s third month in office—Georgia experienced both a mass shooting that targeted Asian women and also the passage of SB 202, a restrictive voting law that Democrats allege targets marginalized communities and intentionally makes it harder for them to vote.

Lim spoke out against SB 202 in his first speech at the well, recounting his own story of being denied his legal right to vote in Georgia.

A Filipino immigrant, Lim explained how he was incorrectly flagged as a non-citizen in 2008 when he requested an absentee ballot. He had to submit his proof of citizenship four times to ensure his vote was counted.

“As my own experience has shown,” he declared in his speech, “it doesn’t matter even if folks are able to send acceptable voter ID with their absentee ballot applications and completed ballots. It’s unavoidable that voter ID laws will still flag many of them.”

“Imagine the legitimate voters who don’t vote until later,” Lim continued, “and who won’t have the time or technology to cure their materials once they’re inevitable flagged and likely flagged not just once, but as in my case, repeatedly.”

In a May interview with Into, Lim emphasized that he won’t stop telling his story and said he encourages more people with similar experiences tell their own. Speaking out about voter suppression, he said, is one of the best ways to fight back against the false narrative being pushed by some conservatives that the 2020 election was fraudulent.

“[The voter fraud narrative] should not be the one that is winning,” Lim said, “because it is not the one based on facts. So one way to combat that is by telling the facts, telling all the hundreds of thousands of stories of people whose votes have been suppressed.”

While Lim spoke out for voting rights, he was also fighting the wave of anti-Asian violence across the United States. He not only sponsored gun control legislation in the wake of Georgia’s mass shooting, but he also became part of a group working with President Biden and Vice President Harris to shape the administration’s efforts to reduce violence against the AAPI community.

At the time, Lim also shared with Into his promise to be someone on whom Georgia’s AAPI community can depend.

“2020 did see the rise of people in the AAPI community, particularly here in Georgia, exercising their political power and making their voices heard,” Lim said, “so many thousands of them for the first time. Because of that, we know they expect government to be responsive. They are trying to hold us accountable, and I am trying to be accountable to them by representing their voices.”

Through his tireless work engaging with his community, we’re proud that Lim has made it clear he strives to be a powerful and inspiring voice for his entire district and beyond.