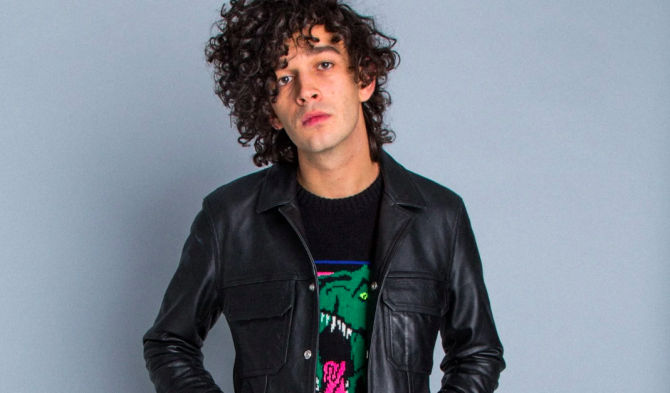 Last summer, the lead singer of The 1975 made international headlines when he pulled a male fan up on stage and kissed him on the lips during a concert in Dubai.

The response to the kiss was mixed. Some praised Healy for his bravery, while others criticized him for potentially putting the other man’s life in danger, as homosexuality is punishable with up to ten years in prison in Dubai.

Now, in a new interview with Attitude, Healy is defending what he did.

“My shows are gay and it was the gayest gig I’ve ever done,” he says, adding that he checked afterwards to make sure the fan wasn’t prosecuted for the kiss.

Related: Man In Dubai Gets 1 Year In Prison For Gay Relationship

“He replied: ‘What do you mean? We’re in a bar, it was the best night of my life,’” Healy claims.

Well, that’s a relief! Imagine if things had gone the other way, and the fan had written back to say he was sitting in a jail cell.

Later in the interview, Healy opens up about his own sexuality. He explains that he considers himself “aesthete.”

“I tend not to talk about my sexuality that explicitly because I don’t really have to and all things are subject to change,” he explains.

Healy says that he can’t ever imagine himself actually having sex with a man. Sure, he’s “kissed beautiful men” but “I don’t want to f*ck them.”

Following the stunt Dubai, Healy tweeted: “Thank you Dubai you were so amazing. I don’t think we’ll be allowed back due to my ‘behaviour’ but know that I love you and I wouldn’t have done anything differently given the chance again.”

Thank you Dubai you were so amazing. I don’t think we’ll be allowed back due to my ‘behaviour’ but know that I love you and I wouldn’t have done anything differently given the chance again