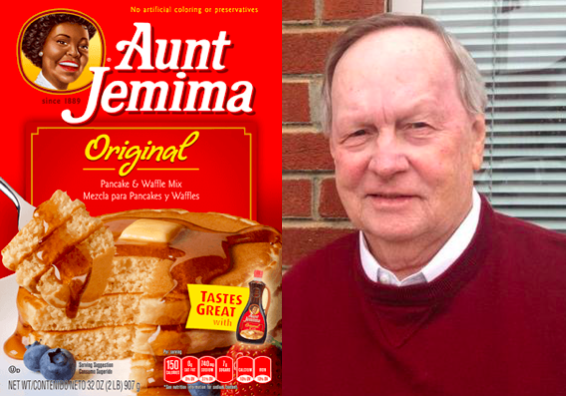 The longtime mayor of Luray, Virginia (population 4,895) is facing calls for his resignation after he posted a racist remark about Joe Biden‘s potential VP pick.

Barry Presgraves has been the town’s mayor since 2008. Prior to that, he served on the town council for many years. Last weekend, he took to Facebook to join the chorus of people speculating over who Joe Biden’s VP pick will be.

The presumptive Democratic presidential nominee has already stated he would choose a woman as his running mate, and he recently said he was considering several women of color for the role.

Related: Queerty Query: Who should Biden pick to be by his side in the most important election of a lifetime?

For whatever reason, Presgraves thought it would be funny to throw another name into the mix.

“Joe Biden has just announced Aunt Jemima as his VP pick,” he wrote in a Facebook post. 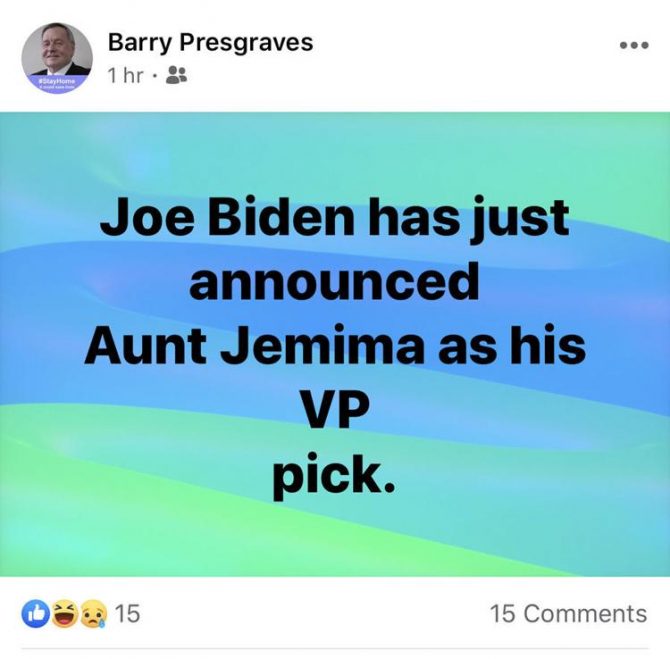 The joke didn’t land for obvious reasons and Presgraves quickly deleted it. Shortly thereafter, people began calling on him to resign.

Luray Town Council member Leah Pence shared an email she sent to Presgraves on Monday morning, calling his comment racist and demanding he step down.

“I am writing to strongly urge you to resign over a racist comment you made on Facebook,” Pence wrote. “The comment you posted has a type of humor that has not been appropriate or funny in my lifetime or yours.”

Later in the afternoon, the Town of Luray posted a statement on its Facebook page that read, in part: “The Town of Luray rejects racism and is committed to working together with the community through understanding, compassion, and opportunity.”

Earlier this summer, Pepsi announced it will rename and repackage 130-year-old pancake brand Aunt Jemima after a TikTok video by singer-songwriter Kirby explaining why the name is problematic went viral.

Related: MAGA loser gets a$$ kicked for threatening to sodomize woman then slapping another across the face