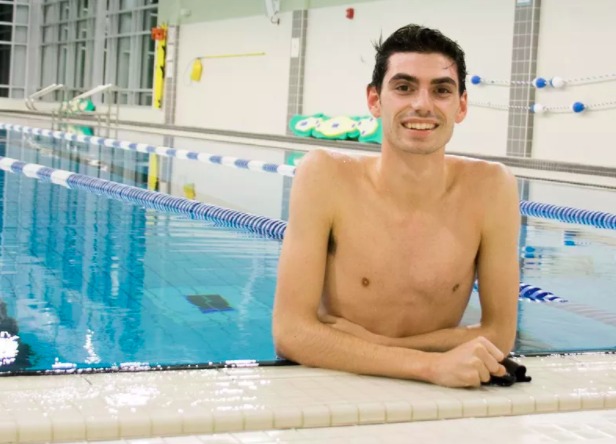 Who He is: Former competitive college swimmer and current coach

Why He Matters: In a candid essay for OutSports, Thibodeau shared his story of coming out at Carleton College, how it affected his life and the way he competed.

Why We’re Proud: Sometimes, in an era of marriage equality, Will & Grace and Anderson Cooper, it’s easy to take coming out for granted. In his essay, Thibodeau discusses the fear he felt when he had to confront his own sexuality as a teen, and the anxiety he felt about having his sexuality exposed. As someone who hoped to become a coach, he feared homophobic parents would make his dream impossible.

Related: How this college swimmer found his courage to come out in the pool

Then he met a lesbian swimming coach, who encouraged him to be himself. When he finally did, Thibodeau understood the importance of doing so. Because it wasn’t just about him. It was about gay athletes who would him.

And for the first time, he felt himself.

As Thibodeau writes in his essay:

“Since coming out I feel like I have more confidence in my ability to coach effectively. I feel that if someone asks me if I know what I’m doing I can without a doubt say yes. When I was hiding who I was to myself, I was less confident and less sure of my abilities.”