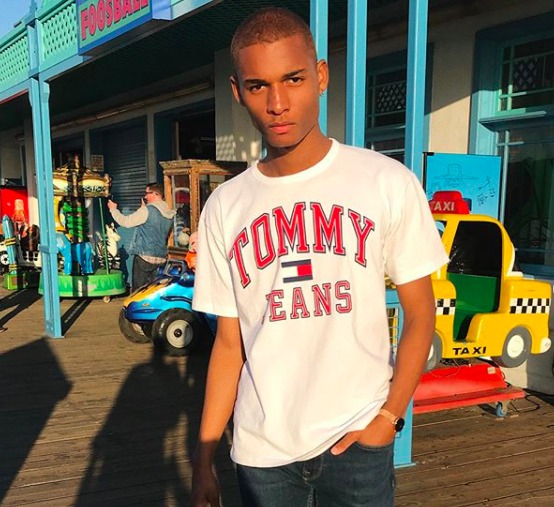 This profile is part of a series of posts about young LGBTQ activists out to make change in the 2018 Queerties category Up & Coming.

James Butler sure knows how to vent, which sometimes become a rant.

The YouTuber and Instagram star boasts more than 25,000 followers and first drew acclaim for his pop culture vlog commentaries, which he launched in 2013. A model and dancer based in (where else?) Los Angeles, James attracted more attention than he ever had before in 2016 when he recorded a video addressing fan comments about his sexuality.

At age 18, James recorded a “life story” coming out video. The frank admission inspired acceptance from his followers, including one coping with his own sexuality and, like so many young LGBTQ people, contemplating suicide. In a follow-up video, James directly addressed his own issues with coming out and loving himself.

He also lamented that he never came out to his mother before her death.

In coming out via YouTube, James demonstrated amazing courage–not just for admitting his truth, but also for allowing himself to appear so vulnerable in the spotlight.

Since then, he’s also shared personal experiences with homophobia, dating, coming out to the rest of his family and, well, how to dance to Disney theme songs.

Vote for James in the 2018 Queerty Awards here.

Mary Trump identifies the stupidest member of her family