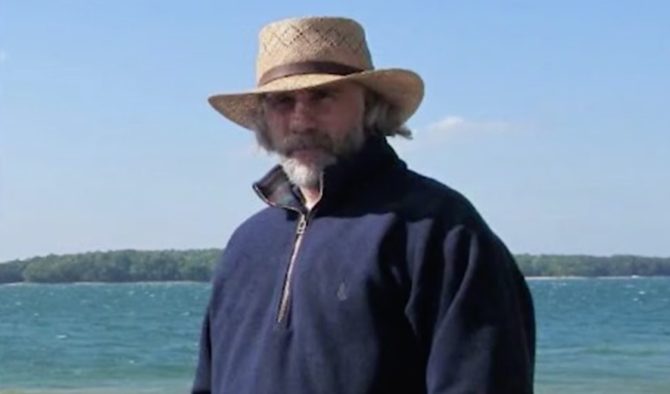 The owner of a landscaping company discriminated against a gay couple in denying them service, brazenly posting his homophobia online for the world to see.

So when the offer to transform Colton Southworth’s large yard into a botanical wonderland arose, you’d think Stuart would chomp at the bit.

There was just one problem: Southworth is gay.

Colton had just moved into the Atlanta-area home with his husband when he called DiNenno about the couple’s landscaping needs, but before he could offer project specifics, DiNenno wanted to get one thing straight — very straight.

“He asked me if the project was for myself and my wife, and I said ‘no, it’s for myself and my husband.’ And he said that he would not be interested in working with us. At that time, I responded, ‘OK,’ and hung up the phone,’” Southworth told 11 Alive.

“I was a little taken back because no one has ever said that to me,” he added. “This was the first time that myself and my partner were inclusively discriminated against based on our relationship.”

Southworth took to Yelp to share the experience, writing:

Contacted today about a very large project in Sandy Springs. The owner asked if the work was for me and my wife, I said no me and my husband and he replied that he wouldn’t be interested in working with us.

Yes, this is an accurate description of what happened. When doing a large landscaping project it is necessary to work with the homeowners closely over several months through the design and installation phases. I can’t do that, all the while going along with the delusion of two men calling themselves a married couple, with one man referring to the other man as his husband. It’s very perverse and foolish, and needs to be called out as such.

Then DiNenno, who identifies as a Christian, reportedly posted this to his personal Facebook page:

I average about one or two calls per year from sodomites or lesbians. I always turn them down.

DiNenno’s Yelp page isn’t exactly thriving since the interaction. He says his listing has been flooded with fake negative reviews, and while Yelp has removed most of them, the few that remain do not reflect well on him or his company.

In denying service to Southworth based solely on sexual orientation, DiNenno broke no laws. Georgia is one of the majority of U.S. states that do not specifically prohibit LGBTQ discrimination. The city of Atlanta, however, does. But because DiNenno operates the business outside the city limits, and Southworth’s home also falls outside the city’s border, it’s unlikely to be of any use in this case.

The Supreme Court, meanwhile, recently ruled in favor of Jack Phillips, a Colorado business owner who refused to bake a cake for a gay couple because doing so would violate his religious beliefs.