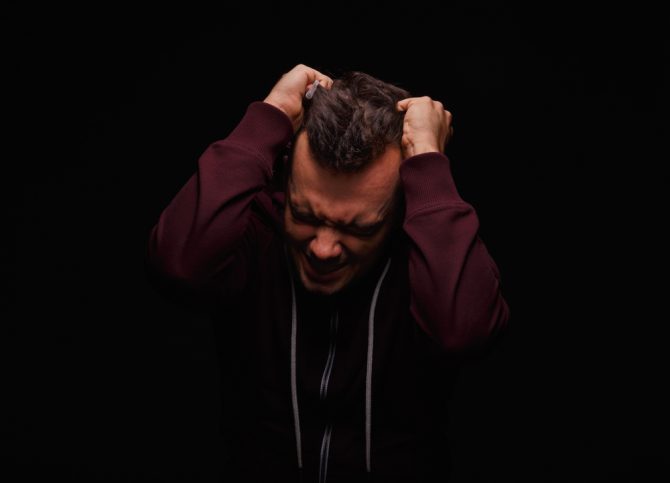 There are few words that really make me cringe, as I’ve pretty much heard it all, but there’s one that still makes my skin crawl, and that’s the F word.

No, no, not the four-letter word we hear every day. I’m talking about the six-letter expression that has been used to denigrate gay people for decades (and the three-letter shortened version, also used to describe a cigarette across the pond).

Know which one I’m talking about?

Personally, I’ve had it hurled my way on the flag football field in middle school, when the bullies or jocks would pick up on my lack of athleticism and inability to really be aggressive in the game. It’s also been used countless times in films over the years, usually during scenes of brutal and even violent homophobia. And you’ve probably heard your gay friends say it in “jest,” referring to one of their other friends, an out celebrity, or even themselves.

You might ask yourself: Why on earth would a gay person perpetuate a word that has been used to degrade people like themselves? One more hopeful answer might be as a way to reclaim the word and reframe it in a different light. The word queer, for example, used to be a negative slang word for LGBTQ people, but our community reclaimed it as our own, spinning it from a dated insult into an affirmative umbrella term for the wide range of diversity in our community. (Queerty was actually one of the first to reclaim this word in our name, well before it was “cool” again!)

But there’s another explanation that’s a little bit more complex.

Even though we’ve been negatively affected by homophobia in our culture, many gay people still perpetuate homophobic microaggressions on a subconscious level. Rationally, we know we would never want to hurt another person or make them feel “less than” for being gay; however, simply by being in society, we absorb the language, messages, and sentiments of the wider culture. These beliefs become unconsciously ingrained, even in microscopic ways.

If you grow up in a culture of homophobia, there’s no escape but to take on some of those feelings ourselves, without even realize we’re doing it. This is called “internalized homophobia,” and it’s sadly impossible to escape on some level. Even if you grew up with mostly positive messages about being gay, most likely at some point in your life you knew it wasn’t totally acceptable to show that part of yourself and that it was something to be ashamed of or feared.

Usually internalized homophobia is very subtle. It may even go unnoticed until you examine it deeply. For example, your gaggle of gay friends might throw around the F word as a “joke,” but maybe there’s an unconscious need to denigrate someone that’s buried so deep they don’t even realize they’re parroting those sentiments they heard growing up.

Another example might be taking on the idea that acting femme is somehow inferior. I’ve heard friends of mine call someone a “total queen” because they had traditionally feminine qualities. It’s usually said in a flippant way, but where does that actually come from? Could it be from a deeply ingrained belief that being feminine (read: less masculine) is actually a bad thing? Maybe they don’t like that part of themselves either?

Have you ever found yourself disliking a characters in TV or film who is outwardly gay? Maybe you cringed seeing Kurt on Glee or Jack on Will & Grace. Now ask yourself: Did you have the same reaction when you watched Brokeback Mountain?  Where does that feeling of dislike, or even hatred, for certainly types of gay men come from? Is it because they acting “too gay” and it stirs up feelings about your own sexuality? This is often internalized homophobia at work.

This same aversion to gayness by our own community can also be seen in dating apps. On Grindr, for instance, we often see phrases “no fats no femmes” or “masc only.” Simply the idea that being traditionally feminine is unacceptable has to come from somewhere. The person who says that may think that they just aren’t attracted to someone with those mannerisms (We’ve all heard the nauseating line “It’s just a preference!”), but if they dig a little deeper, they may actually find that the reason they aren’t attracted to that is because it triggers their own personal homophobia that they’ve absorbed growing up.

This type of pervasive homophobia in the LGBTQ community can also manifest through relationships. Someone who has internalized homophobia may find that they don’t like when their partner acts “too gay” and makes it obvious that they are a gay couple. Or, even worse, they might avoid long-term relationship all together because the thought of being part of a publicly gay couple is too threatening or unacceptable based on what they were taught growing up.

Believe it or not, domestic violence in gay relationships is actually extremely high, and some theories suggest it’s because gay men are unconsciously angry at the “gayness” they see in their partner (none of this is in their awareness, of course), and are lashing out against that.

While some of these examples are extreme, the important thing to note is that internalized homophobia is a real thing, and it can be useful to see when and where it rears its ugly head in your life. You can’t help the messages you absorbed growing up, so it doesn’t make you a bad person to have it. We just want to do our best to be aware when it’s manifesting and not act in accordance with it. Although it can seem “funny” to reclaim harmful homophobic words, and you may think it’s okay if you say them since you’re gay, ask yourself if it’s really necessary, and why it’s important to say them at all.

Keep an eye out for other ways your own internalized homophobia might surface, and remember that it comes from messages of the past that are outdated and incorrect. The first step in changing is increasing your awareness, so even by reading this article, you’re already ahead of the game!

Jake Myers is a Licensed Marriage and Family Therapist and the founder of Gay Therapy Space, the first online therapy platform for and by the LGBTQ community. He has a Bachelor’s degree in Psychology and a Master’s degree in Clinical Psychology, with a specialization in LGBT Affirmative Psychotherapy.