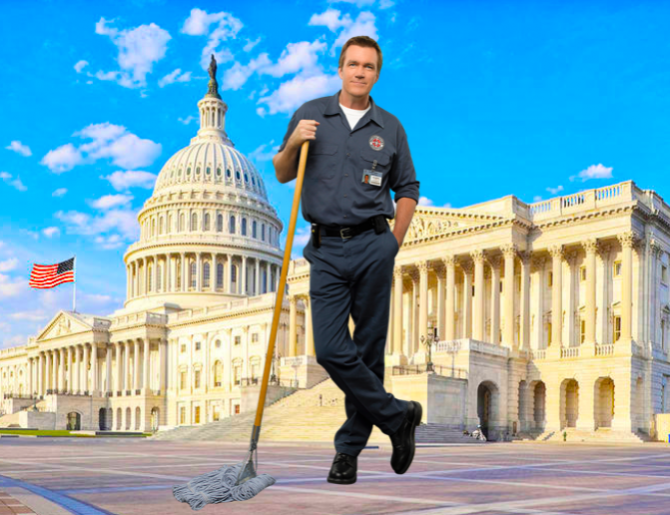 Not just that, but it’s been going on for 10 years, according to a report submitted to Congress by the Office of the Inspector General from the Architect of the Capitol, the office responsible for maintenance and operations on Capitol Hill.

“Some staff have reported overhearing harassing conversations, being the target of harassment, and observing materials such as pornography, but do not speak up due to fear of losing their jobs,” the report says.

In a report submitted to Congress by the Office of the Inspector General, Architect of the Capitol staff said they often do not speak up about inappropriate behavior for fear of retaliation. One staffer reported no one had an answer for them when they asked during sexual harassment prevention training, “what happens if the harasser is a member of Congress?”

According to the report, there were 57 reported incidents of sexual harassment made against lawmakers by custodial staff between 2008 and 2018. Of those 57 reports, 44% were substantiated, prompting the Attorney General to determine that “sexual harassment is a pervasive problem.”

To make matters worse, many AOC workers say they “don’t trust” the process of reporting harassment, saying it’s “overly complicated.” Not just that, but they have little faith anything will be done if they do go through with it.

According to at least AOC worker, the agency did virtually nothing to address their concerns when they reported being abused.

In 2016, the Republican Party declared internet pornography a “public health crisis” under an amendment added to its official party platform.

“The internet must not become a safe haven for predators,” the provision, passed with little debate, stated. “Pornography, with its harmful effects, especially on children, has become a public health crisis that is destroying the life of millions.”

Maybe this is what they were talking about?