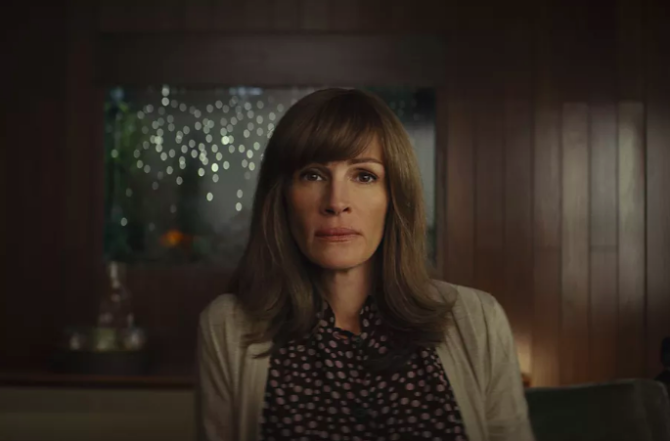 The drama, which has been getting rave reviews, was created by Eli Horowitz and Micah Bloomberg and premiered on Amazon Video earlier this month.

Roberts plays Heidi Bergman, a case worker at Homecoming, a secret government facility that purportedly prepares combat veterans to re-enter into civilian life. But all is not what it seems.

We won’t spoil anything since it’s actually a really good show worth watching. The writing’s great. The acting’s great. Everything’s great. There’s just one issue that we can’t get over: Julia Roberts’ haircut. 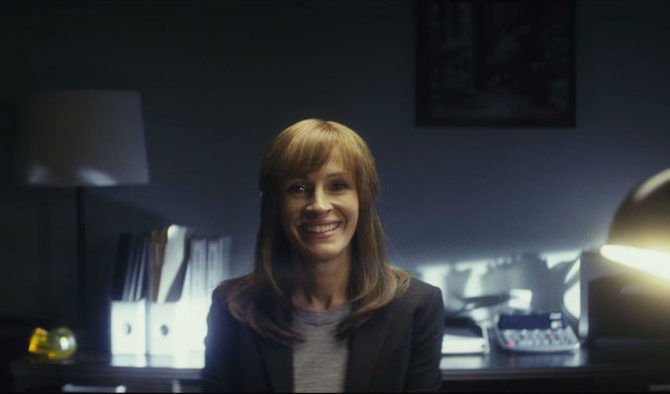 Seriously, what is going on with Julia Roberts’ haircut? 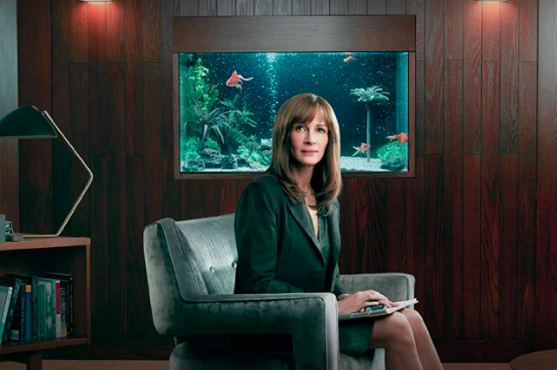 Those bangs. That color. And the length.

Why did they do this to her?

Whose idea was this? 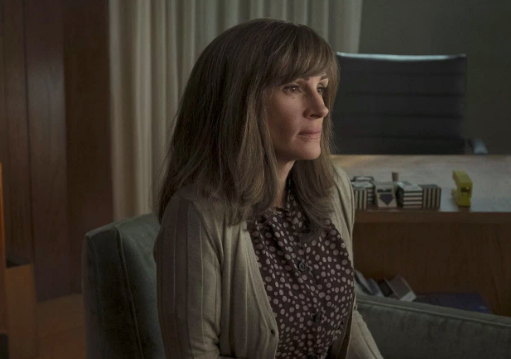 She looks like a weather lady who uses too much hairspray.

She looks like a ’90s soccer mom… which is extra weird given that parts of the show take place in the future.

Unfortunately, this isn’t the first time Roberts, a very talented actress, has fallen victim to a bad haircut and/or malicious hairstylist. 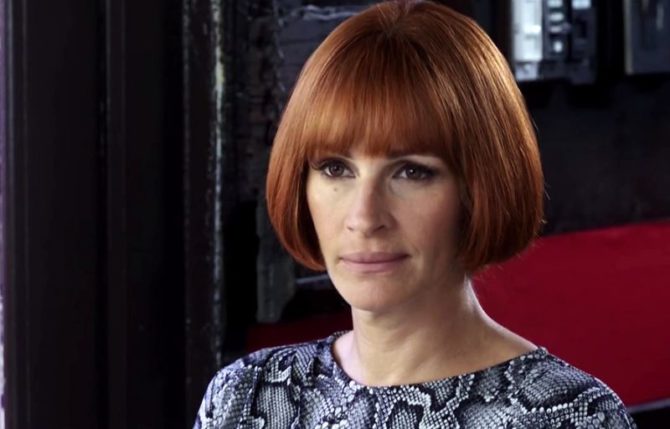 That time she went blonde in Charlie Wilson’s War… 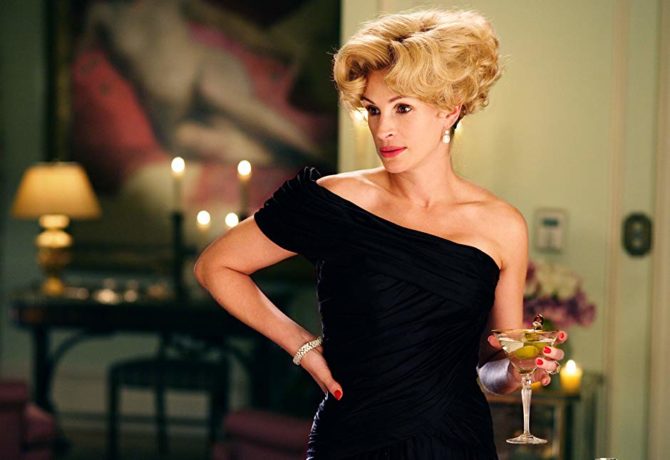 That other time she went blonde in Pretty Woman… 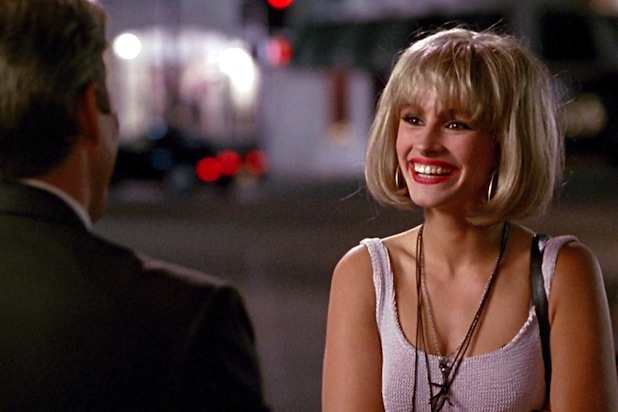 And that shaggy red mop they gave her in Steel Magnolias (Great movie! Terrible haircut!)… 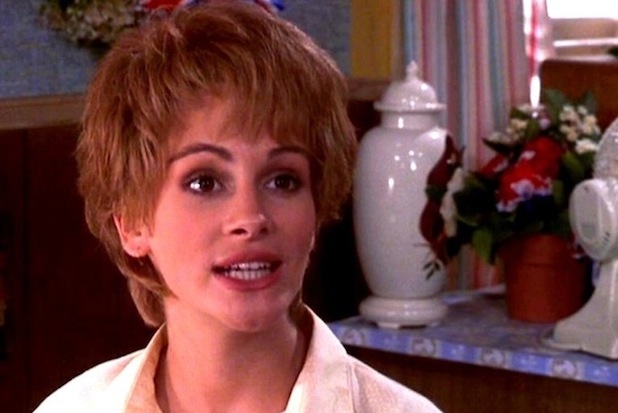 Julia Roberts is a beautiful woman with beautiful hair. They need to stop giving her such bad haircuts!

Watch the trailer for Homecoming below.