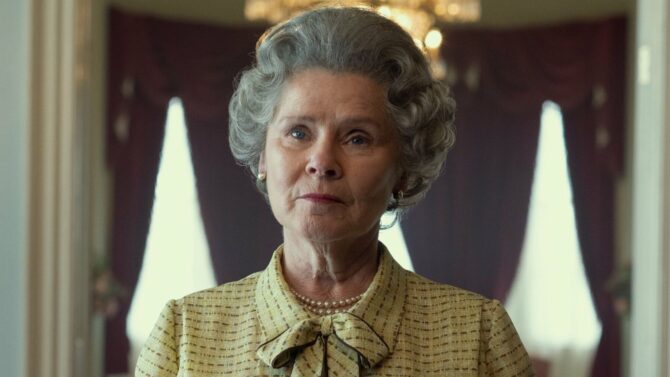 Netflix confirmed that over 350 antique props from The Crown valued at over $200,000 were stolen from parked trucks as the production was shooting nearby.

Included in the heist are a replica Fabregé egg, gold and silver candelabras, Russian religious icons and crystal glassware.

Netflix has commented on the theft, and police are conducting an investigation.

“We can confirm the antiques have been stolen and we hope that they are found and returned safely,” a spokesperson for Netflix told Variety. “Replacements will be sourced, there is no expectation that filming will be held up.”

The studio also put out an itemized list of the stolen props to Antiques Trade Gazette in the hopes of recovering them should the thieves try to sell any.

“The items stolen are not necessarily in the best condition and therefore of limited value for resale,” Alison Harvey, The Crown’s set decorator, told the Gazette. “However, they are valuable as pieces to the UK film industry.”

Hey if nothing else, we’re sure Netflix could turn the whole affair into a halfway decent limited series called The Crown’s Jewels.