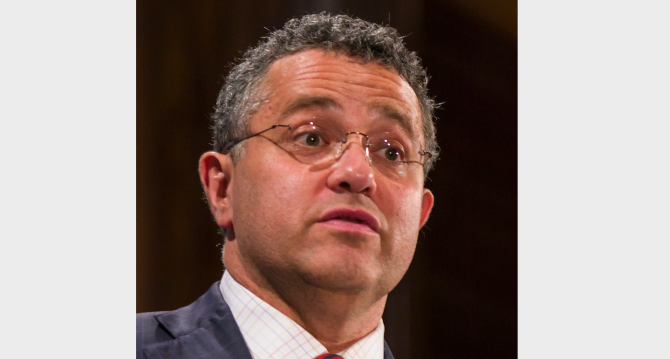 In today’s cautionary tale of videoconferencing gone horribly wrong, the New Yorker has suspended reporter Jeffrey Toobin after he was seen pleasuring himself during a chat between magazine staff and WNYC radio.

“I made an embarrassingly stupid mistake, believing I was off-camera. I apologize to my wife, family, friends and co-workers,” Toobin told Motherboard.

“I believed I was not visible on Zoom. I thought no one on the Zoom call could see me. I thought I had muted the Zoom video,” he added.

VICE spoke with two people who were present on the call, who shared that the meeting was an election simulation with prominent journalists playing Biden, Trump, and several groups like the military and establishment Democrats/Republicans. Toobin was cast in the role of the courts.

But there was a strong objection when participants noticed him engaged in self-love.

New Yorker spokesperson Natalie Raabe said: “Jeffrey Toobin has been suspended while we investigate the matter.”

Toobin is also the chief legal analyst on CNN, which put out this statement: “Jeff Toobin has asked for some time off while he deals with a personal issue, which we have granted.”

In an email to staffers, New Yorker editor David Remnick wrote: “Dear All, As you may have read in various news reports today, one of our writers, Jeff Toobin, was suspended after an incident on a Zoom call last week. Please be assured that we take such matters seriously and that we are looking into it. Best, David.”

Toobin has reportedly been barred from appearing on any WNYC shows.