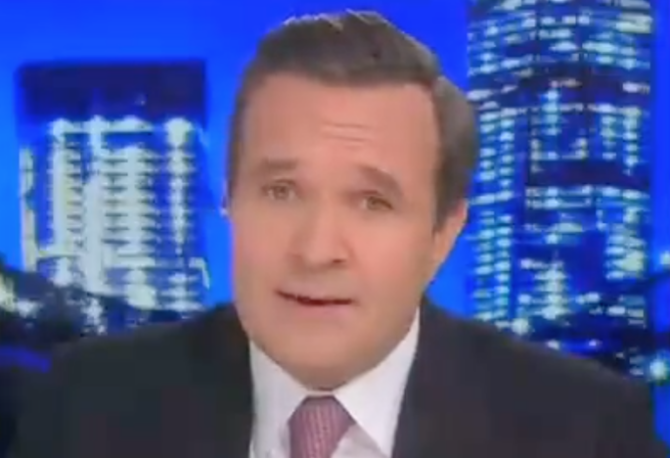 Newsmax host Greg Kelly loves model trains — he loves them. But you don’t see him going around and rubbing it in everyone’s faces, and that’s why movies shouldn’t include LGBTQ characters or stories. Wait, what?!

Kelly, a former Fox News correspondent and host, bizarrely compared his train enthusiasm to being LGBTQ.

“I don’t get this be your whole self routine at work or even in art, even in products that you are creating for other people to consume,” Kelly said on his Wednesday program. “For instance, take me, I love model trains. Did you know that? I actually do.”

“I love trains. I love them,” he continued. “I don’t talk about a lot on TV because it’s a pretty niche hobby and not a lot of people are into it. Alright, especially at my age. That’s my thing. I’ll do it on my time and I’m not going to bother you about it fair? You get it? I think that’s a pretty good analogy.”

Then he cut to a video of a Disney Animation employee talking about including queerness in her work.

“Like I was just wherever I could just basically adding queerness to like, if you see anything queer in the show… no one would stop me and no one was trying to stop me.”

Kelly, who coincidentally was called a “male Karen” last year after demanding to speak to a McDonalds manager over a fish sandwich, then got very worried that some of his favorite Disney films like Cool Runnings, Honey I Shrunk the Kids and The Mighty Ducks contain secret, queer propaganda.

“Just have fun with your not-so-secret gay agenda,” he said. “And queerness and putting it in movies and cartoons and where is it been so far? I watch this stuff from time to time. I guess over the years. These are movies you’ve heard of I’ve heard of is this what they’ve been up to all along?”

“You know, movies are about people,” he said. We’re with you so far, Mark…

“Uh,” he continued, “why do they have to be about LGBTQ people or anything like that, is the orientation really all that?” Annnd you’ve lost us again.

Watch the train wreck below:

Newsmax host: "You know, movies are about people. Why do they have to be about LGBTQ people?" pic.twitter.com/y39ycxvXwM

So brave of him to come out as a train guy. Who could forget the left’s brutal and relentless attack on the basic rights of toy choo-choo fans.

Don’t recall too much bullying or many suicides over model trains, Greg Kelly.

He compared his niche hobby…to an entire class of people

Its (being lgbtq) also not a hobby

Translation: why do we have to consider lgbtq people human?

Greg was super excited to see a new train at the club. pic.twitter.com/OFqvkFMCp2