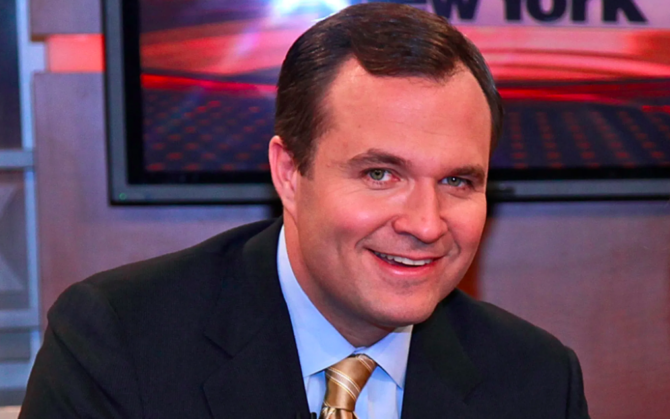 Right-wing Newsmax host Greg Kelly became the laughingstock of the internet this morning when he raged tweeted about an employee at his local McDonald’s calling him a “Male Karen.”

In a tweet posted at 8:58 a.m., 52-year-old Kelly voiced his outrage over learning that the restaurant no longer sold the “McFish” sandwich.

I just went to a MACDONALD’S and there was no MCFISH on the menu. When the hell did that happen? Is it permanently banned? Or is just my “local” MACDONALD’S. I demanded to see the “manager” but they accused me of being a “MALE KAREN” so i walked out. pic.twitter.com/oSpgFqfYGZ

For the record, there’s no such thing as a “McFish” sandwich. What Kelly probably meant to say was the restaurant no longer sold the “Filet-o-Fish.”

Also for the record, demanding to speak to the manager before 9 a.m. about a $2 fish sandwich most definitely fits the criteria for being a “Karen”, male or female.

Others were quick to point this out to him…

A male Karen walks into a restaurant he can’t spell correctly, asks for something that has never been on the menu, asks to see the manager and leaves in a huff.

Perhaps he should have gone to McDonalds and asked for a Filet-O-Fish.

I’m surprised you didn’t pull a gun on them. pic.twitter.com/ReKf9Ugfuu

He probably asked to see the MacManager, but they didn’t have one of those either.

You “just” went to MCDONALD’S (proper spelling) to order a Filet-O-Fish (proper name) at 10am (breakfast). They do not serve the Filet-O-Fish at 10am. Herein lies your problem. Of course they called a middle-aged man trying to eat a fish sandwich at 10am a “MALE KAREN.”

EXECPT that the photo used here is actually from a Google listing for a McDonalds in the Bronx taken in 2017. Also it’s called a Filet-o-Fish. This is fake. https://t.co/qcRHyjDzHi pic.twitter.com/t7VZGdhqZv

He also tried to order it for breakfast.

Who the fuck eats a fried fish sandwich from a fast food place for breakfast?