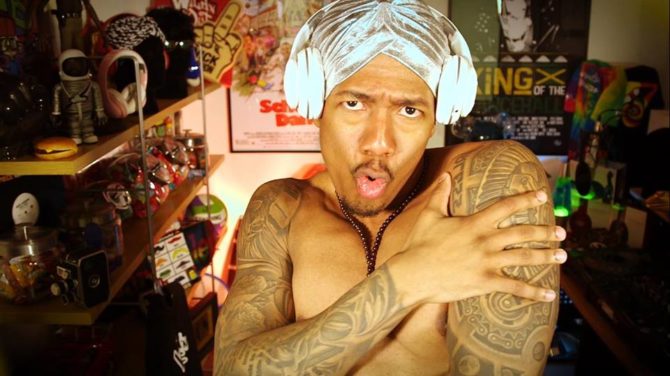 TMZ caught up with rapper/actor/comedian Nick Cannon to talk about the whole Kevin Hart/Academy Awards scandal that resulted in Hart stepping down from hosting the 91st ceremony.

“I actually think it was a brilliant move,” Cannon said when asked about Hart’s decision to walk away from the gig. “Because what he did, he didn’t allow the Academy to control him.”

“He [Hart] apologized anyway,” Cannon added. “But he let them know that no job was more important than standing firm on what he believes and then still apologize to anybody that he offended.”

Hmmm. We’re not sure we see Cannon’s logic here. He thinks Hart was brilliant for not apologizing… but then he goes on to say Hart apologized.

And while Hart did technically apologize for “hurting people” in the past and said he is continuing to “evolve” moving forward, many of the antigay tweets–including gay jokes, AIDS jokes, and homophobic slurs–remain on his Twitter page.

Cannon continued: “It’s the world that we live in. But we live in a very corrupt organization called the United States of America.”

Cannon also said there was no way in hell he would ever host Academy Awards himself, not that anyone’s asking him to, and that the role of comedy is to “hold up that mirror to society.”