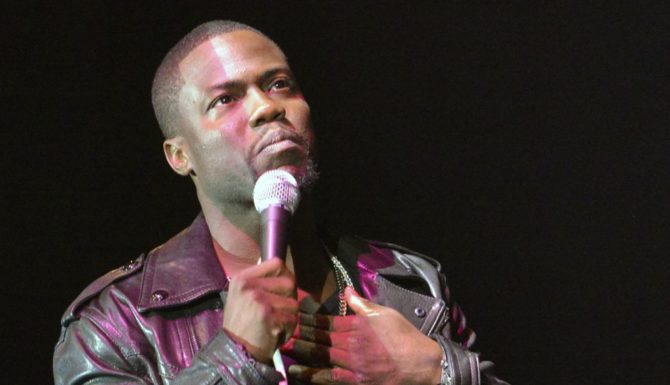 On Wednesday afternoon, comedian Kevin Hart was announced as the host of the upcoming 91st annual Academy Awards. Barely 24 hours later, he stepped down from the gig.

I'm sorry that I hurt people.. I am evolving and want to continue to do so. My goal is to bring people together not tear us apart. Much love & appreciation to the Academy. I hope we can meet again.

He followed that up this morning with a quote from Martin Luther King, Jr.:

We’re pretty sure Dr. King wasn’t thinking about stand-up comedians with homophobic pasts who rake in $1 million a show when he said that, but we digress.

The reactions to Hart stepping down from the Oscars gig have been all over the map. Some people support the decision. Others support Hart’s homophobic past. And some really aren’t yet sure how they feel about the whole thing.

Check out what people are saying…

I have very mixed feelings about the whole Kevin Hart situation.
He should have apologized immediately.
Absolutely.
That said, we’ve all said and done shit we regret.
Every single one of us.
We all live and learn as we go.
Anyway, I’ll host.

The amount of straight people on Twitter telling gay folks to stop being offended over Kevin Hart's old homophobic jokes/tweets is unbelievable. Maybe he's grown & changed. Who knows? But I do know it's not okay to tell us how to feel about discrimination.

A Comedian says something that offends people and refuses to apologize? What do I say?…..Fuck em if they can’t take a joke! Well done #KevinHart #TeamDl

If you think LGBTQ people reacted too strongly to Kevin Hart, here’s why: It’s not that his jokes were unforgivable, but these are the kind of ubiquitous jabs that kept me and so many queer people in the closet for years. They’re not jokes—they’re beliefs. He opened a wound.

We're now in a era where comedians have to apologise for jokes? This is complete and utter bullshit! #KevinHart

Kevin Hart once again proving that MLK quotes are most often deployed by dummies who are in the wrong.

Political correctness is a cancer killing this country

Kevin Hart has nothing to apologize for

I’m no saint. We just wanted a little understanding, a little explanation. Apologies are tough – they leave you vulnerable. Toxic masculinity is real. I deal with it in my own way too. So on that note, I appreciate @KevinHart4real apologizing. And apology accepted. That’s all.

I'm a gay man and I can understand jokes are jokes. Comedians tell jokes. It's what they do. Black jokes, white jokes, female jokes, redneck jokes, gay jokes…they're jokes. Our PC society has now officially ruined comedy. Thanks guys. #KevinHart

As a gay man, I wasn’t “looking for reasons to be negative” when Kevin Hart was announced as host of the Oscars. But when presented with blatantly homophobic undeleted tweets that use the word faggot, I was alarmed, angry. His inability to understand the backlash is abhorrent. https://t.co/MIzblYuDCw

I didn’t wanna tweet this in case it looks like I’m defending homophobic black men but while I don’t give a damn about Kevin Hart losing his Oscars gig, there is a weird practice of white gay journalists digging through black peoples tweets to unearth homophobia which is sus.

I mean yes, Kevin Hart, I am going to hold you accountable for your homophobia.

A lot of y’all takes over the #KevinHart situation are 20,000 leagues of trash.

You don’t get to say what’s a big deal to the entirety of the effected group WHEN YOU AREN’T THE ONE AFFECTED.

If @KevinHart4real is sincere is his pursuit to unlearn his violent ideas about gay people and the comedic beats he's benefited from it/his homophobia, he will work with @glaad & the @TrevorProject to reaffirm people/lives lost and negatively impacted by behavior like his.

Kevin Hart is not above reproach. He’s not even above his kitchen counter. And I should know bc we the same height.