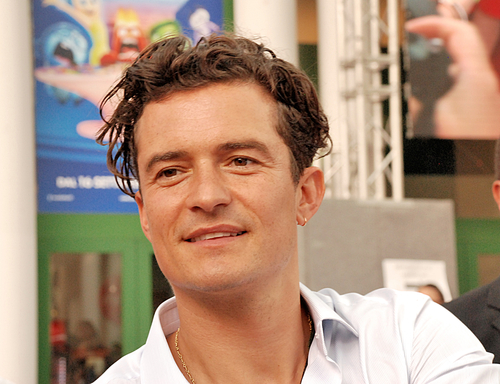 “Are we going to talk about my penis?”

That’s Orlando Bloom, breaking the ice with an interviewer for a feature story in Elle UK.

He’s referring, of course, to a much-reported incident in August 2016, in which the actor was photographed paddleboarding nude with his girlfriend at the time, pop star Katy Perry.

“Yes, it was extremely surprising,” he says, when asked if the ferocious amount of attention to the pics was unexpected. “I wouldn’t have put myself in that position if I’d thought it would happen.”

So, even off the coast of Sardinia, why did he think he’d be safe from the paparazzi’s unwaveringly obnoxious, invasive eye?

Related: Everyone still has an opinion on THOSE Orlando Bloom pics, even Boy George

“I’ve been photographed a million times in a million ways,” he says. “I have a good radar. We’d been completely alone for five days. Nothing around us. There was no way anyone could get anything. So I had a moment of feeling free.”

Does he think there would have been outrage if it had been a woman exposed like that? Was this a case of double standards?

Related: Does something seem off about this picture of Orlando Bloom and Katy Perry?

Elsewhere, he talks about his breakup with Perry, and says it was amicable:

“We’re friends. It’s good. We’re all grown-up. She happens to be someone who is very visible, but I don’t think anybody cares what I’m up to. Nor should they. It’s between us. It’s better to set an example for kids and show that [break-ups] don’t have to be about hate.”