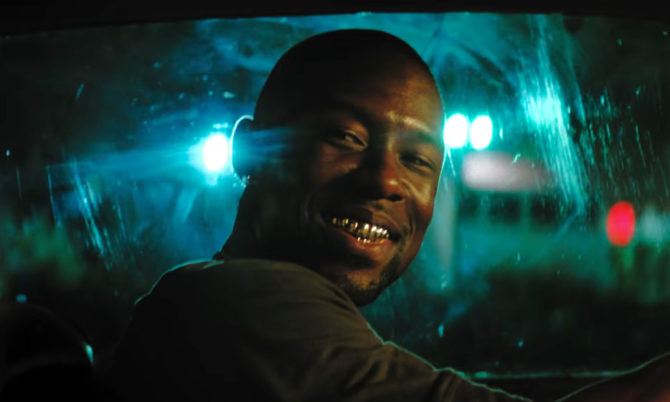 Fans of diversity at the Oscars have plenty of reason to celebrate. In a striking contrast with the nominees of the past two years, 2017 set a new record for inclusion. For the first time, each major category featured a person of color as a nominee, and in some cases, more than one. The Best Supporting Actress category featured an impressive three African-American nominees, including Naomie Harris, previous winner Octavia Spencer, and gay icon in the making Viola Davis.

This new level of inclusion extends beyond just African-Americans as well; the Indian Dev Patel picked up a Best Supporting Actor nomination, while rising Latino star Lin-Manuel Miranda took a nomination for Best Song. Much of this year’s diversity comes from the success of one film in particular—Moonlight, the story of a gay, African-American man growing up in Miami. And it could not have come at a better time with an unhinged “president” afflicting minorities of all sorts, in all sorts of ways.

But where does our community stand in terms of inclusion? Contrary to the claim of Oscar-winning musician Sam Smith in 2016, plenty of gay men have won Academy Awards. That said, acknowledging past queer winners and nominees becomes tricky. Laurence Olivier, George Bernard Shaw and Charles Laughton all took home Oscars, though none could live as openly gay in their day. Indeed, the Academy Awards have always loved diversity in more technical and behind the scenes roles, with the community racking up dozens of Oscars and nominations in categories like writing, directing and art direction. People have color have done better there, too, though that Barry Jenkins’ double nomination as the writer/director of Moonlight marks the first time since 1992 that an African-American has scored both says a lot.

Thus, the real diversity challenge at the Oscars becomes evident. It’s not that the Academy has a problem with queer artists; rather, it has a problem with out gay artists–particularly in front of the camera. While openly gay men like Bill Condon (writer of Gods and Monsters), Dustin Lance Black (writer, Milk) or Elton John have all taken home the statue, and while other out-and-proud cinephiles (Scott Rudin, producer of The Hours, Lee Daniels, director of Precious) have scored nominations, few actors could say the same.

While queer actors have won Oscars, only one openly gay actor has won an Academy Award: Linda Hunt. While the bisexual Angelina Jolie also has Oscar gold, the world tends to think of her as Hollywood’s first humanitarian mom, rather than the sexually fluid woman of her youth. Twice-winner Jodie Foster, while never denying her lesbianism, never made any public acknowledgement of her sexual orientation before her wins. Ian McKellen has also come close with two nominations to his name, though while tipped to win both times, he has yet to take Oscar home. Though Hollywood loves to award straight actors who play gay (Tom Hanks), lesbian (Charlize Theron), bisexual (Nicole Kidman) or transgendered (Hillary Swank) characters, recognizing queer actors for real-life achievements still makes tinsel town uncomfortable. Moreover, that only one said example—Daniels—is a person of color, further speaks to Hollywood’s issues with racial diversity.

Where are the out gay actors? In general, women tend to have a bit of an easier time scoring big parts. Lesbians like Foster, Jolie, Ellen Page, Kate McKinnon and Ruby Rose all work often, and in a variety of roles. Out gay men have it much harder, particularly when it comes to leading parts. Rupert Everett, Zachary Quinto, and Matt Bomer all continue to work in film, though usually in supporting roles. That Quinto and Bomer, along with out actors Jim Parsons, Neil Patrick Harris, Luke Evans and Nathan Lane have all fared far better on television should also raise eyebrows. With the announcement of the GLAAD awards on January 31 including only two wide-release film nominees (one, Star Trek Beyond, had little queer content beyond an ambiguous hug) scored nominations, while comedy and drama TV series had ten contenders each.

Given the popularity and much broader success of gay performers on TV, the dearth of out leading actors in film becomes all the more questionable. While the industry often blames a resistance from the audience, the success of television performers suggests that viewers have no problem with gay actors in leading roles. The real problem, then, rests elsewhere. Part of the long-running issue with racial diversity and the Oscars has less to do with voter attitudes than with a lack of good roles for people of minority races.

With the queer community, the case is a bit different; it’s not that there aren’t parts for gay actors. Rather, Hollywood seems opposed to casting gay actors at all. For those of us that live and work “in town,” whispers about sexuality fuel a nonstop rumor mill. For that matter, so do the cautions against gay actors: sex scenes are fine, but never have a same-sex kiss (Hollywood considers the former “brave,” and the latter icky) .Avoid playing physical stereotypes like the butch lesbian or effeminate gay guy. Beware an actual coming out–casting directors will only cast gay actors as gay characters, and getting an agent will become even harder. The uber-macho and often sociopathic agents, managers and lawyers who to this day have open disdain for queer artists, often will accept them only begrudgingly as clients, it at all. Studios too might shoulder some of the blame, though the number of openly gay executives working in Hollywood would make such an assumption somewhat counterintuitive.

All the out-gay-successful performers chronicled here share another unnerving similarity—they’re all white. To come full circle on racial diversity, where are the out people of color—African-Americans, Latinos and especially Asians—in front of the cameras? Common sense recognizes that queer people of color exist in real life, so why do so few characters in the movies reflect as much? Movies love to cast gay characters as the best friend or as comic relief. Why can’t queer men and women kick ass in action pictures, or find love in mainstream romantic comedies?

The problem of Hollywood diversity, both in terms of race and in terms of sexuality & gender, extends far beyond Oscar recognition. Like other issues of race and homophobia in America, the lack of inclusion comes from systemic prejudice, and from a bigoted power class bent blocking progress for the sake of their own self-satisfaction. The lack of queer people of color, too, might have roots in the views on sexuality and gender within those racial communities—the way African-Americans, Latinos or Asians view LGBT folk within their own populations. Both the racial civil rights and LGBT movements have affirmed the same solution to both issues: courage and leadership. Only through trailblazing leaders, unafraid to suffer the wounds of standing on the front lines can progress come to fruition. It will take queer leaders from the African-American, Latino and Asian communities to help broaden the still-myopic view that only white, queer actors, or white, queer characters belong in the movies.

The success of the film Moonlight hints that perhaps those walls have begun to crumble, though even if true, tinsel town still has a long road to sojourn. Hollywood loves to put forward the image of celebrated diversity with award-bait movies.

The lack of openly gay performers in the movies, though, suggests real inclusion is little more than movie make-believe.