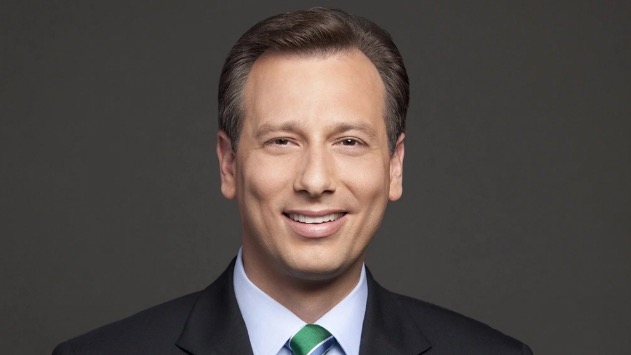 According to the report, 43-year-old Burrous was found unconscious in a motel room in Glendale, California on December 27 after a man called police to say “an individual he was with had passed out and was possibly not breathing.”

The man, who said he initially met Burrous on Grindr and had seen him four times previously for sex, tried to perform CPR on Burrous before paramedics arrived. Shortly before Burrous had fallen unconscious, he’d inserted two rocks of crystal meth in his rectum.

Burrous died while in transit to the hospital.

Since the report was made public, people have been divided over whether it was fair for the Coroner to release the full thing given its horrific contents.

Many feel the lurid details should have been kept private:

It saddens me that some one felt it necessary to publicize the full and detailed autopsy report of #KTLA reporter #ChrisBurrous without a care or concern of the potential impact on his young daughter. Parents talk and kids can be vicious. The details should have been kept private

I do not care how it happened. All that matters is that a wonderful human is gone. I miss Chris Burrous deeply every day and my heart hurts for his family.

@KTLAMorningNews in ??with this Chris Burrous report! Why the fuck did they release this..why why why!!! TMI!!!

I will remember Chris for who he was…and not how he die?! Peace to his family??? #ChrisBurrous https://t.co/TSqxRPsGlh

It was Chris Burrous’ actions that hurt and embarrassed his family and friends. It’s not the coroner office’s job to maintain his image.

Shit the details of the #chrisburrous autopsy and death just playout like an episode of SVU. Wow.

Wow, this stains everyone at KTLA , you all act like you’re better than the rest of us, especially Liberte -you can all go suck rocks!#ChrisBurrous

The truth about @chrisburrous is finally out and I’m shook

Chris Burrous about to take that second helping of meth stuffing pic.twitter.com/xnaYVw3HPa

I'm usually not one to care what someone does in their personal life, but if Chris Burrous was living a double life and sleeping with strangers behind his wife's back, possibly exposing her to God knows what, then he was trash.

#ChrisBurrous
U SHAMEFUL
NASTY MAN
THANK GOD UR ?
OTHERWISE UR WIFE WOULD KILL U pic.twitter.com/yZWfmToygd

Burrous appeared on Los Angeles’ KTLA since 2011, co-anchoring the weekend edition of KTLA Morning News and acting as a correspondent for other affiliate telecasts. He was well-known for his “Burrous Bites” segments featuring local restaurants.

He is survived by a wife and daughter. The other man was not charged with a crime and the death was ruled accidental.